Two-time winner of the Ms. Physique Olympia, Shanique Grant announces that she is retiring from bodybuilding competition 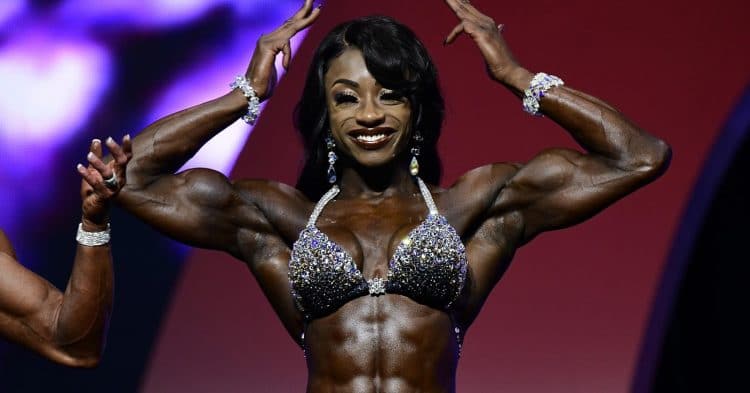 As a two-time winner of the Ms. Physique Olympia, Shanique Grant has not competed for too long. However she has decided to call an end to her illustrious career, at just 25 years of age.

Grant has only been competing for around six years, but in that time she has accomplished a lot. She made her pro debut at the 2015 Tampa Pro, as a Figure athlete, and has gone on to make some big things happen.

Without a doubt her biggest accomplishment was winning the 2018 and 2019 Ms. Physique Olympia. While she came in second in 2020, fans were still excited to see how much more she had left in her still early career.

However Shanique Grant made a shocking announcement on New Year’s Eye 2020. Taking to her YouTube channel, the 25 year old former champion made the revelation that she was retiring from competition.

In the video, Shanique explains that she has several injuries and is in need of surgery. This, combined with the desire to start a family, and the direction the division is heading, led to her making this decision.

“I know you guys are very confused on what happened (at the Olympia). All I can really say, and all I really know, is that the IFBB is looking for something completely new,” Grant said.

“That’s okay, because I have been and I am ready to finally announce my retirement. There’s so much more life to live.

At 25 years old and living out here in Las Vegas, I have never been anywhere besides where my boyfriend, Jeff, took me for my birthday.

Competing at my level, it takes everything out of you.”

Obviously this announcement must be coming as a shock to the fans of Grant and the community. That being said, her reasons for doing so make complete sense, and nobody should fault her for it.

For the time that she was in the sport, Shanique burned bright and show incredible talent. Her presence on stage is one that will certainly be missed.

Hopefully Shanique Grant finds happiness in whatever path she chooses to follow in life. She certainly had nothing left to prove in the sport.