After hearing a clip from Chad Nicholls saying he turned down working with Shawn Ray, Shawn rips into Chad for supposedly killing athletes 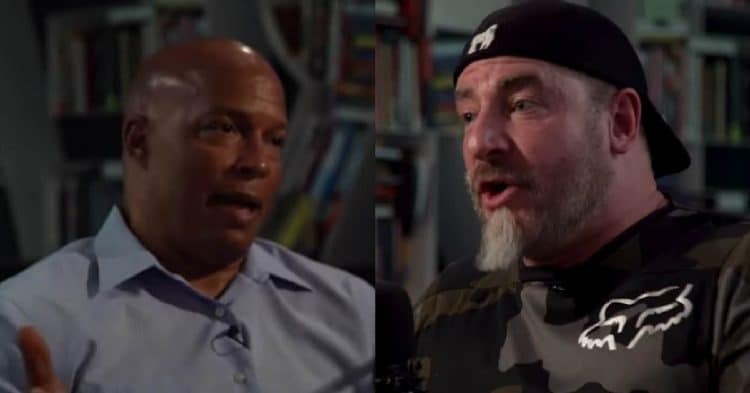 Over the years it has become increasingly more clear that Shawn Ray and Chad Nicholls do not get along. However Shawn recently caught wind of an interview clip with Chad talking about him, and he was not happy with what he heard, to say the least.

Nicholls recently spoke in an interview with Patrick Bet-David, where the subject of Chad potentially working with Shawn came up. Chad claimed that he once turned down an offer to work Shawn ahead of the 2000 Olympia, because he only worked with athletes that he feels are decent human beings, who will listen to his direction.

This opened the flood gates for a firey response from Shawn, who posted to Instagram to deny the claims that he sent Boyer Coe to talk to Chad about the two working together. Moreover he ripped into the trainer, calling him a liar and fake guru who has gotten bodybuilders killed.

“Suddenly, out of nowheresville USA, This Liar errr Guru, who never worked with any Pro athlete except his wife and Nasser in 97 (RIP Nasser, sorry bro) would have people believe I somehow needed his help?😵‍💫
So I randomly called an old friend, whom I didn’t train with and I was no longer working with (1993-1996 ESPN Tv, Boyer Coe) to ask him to call a total stranger I’d guest posed for once (2 years prior) in 1998 to help prepare me for the vacant title of Mr Olympia in New York because Flex Wheeler (whom I beat in 96) was looking good at the Arnold Classic?

“Some lying Gurus will say Anything to deflect The Truth!
Be careful athletes, they are not qualified to take your Life but they will and they will take your Money too if you Literally let them.
They are Literally Killing our sport and our Athletes with impunity!
Watch this train wreck of an interview in it’s entirety on Valuetainment YouTube.
This will give you perspective on how crazy these guys are… LITERALLY ‼️”

This was far from the end of the harsh words from Shawn Ray. He responded to comments on this post, insinuating that Chad Nicholls is responsible for the deaths of several bodybuilders due to what Shawn perceives as a lack of knowledge.

“What do all these guys have in common besides being Dead:
Nasser
Dallas
Youngblood
Atwood
Kovacs
Smith
Let that sink in …. 🤥” he wrote in one comment.

“You truly believe The Chad went in the gym and trained with either of those guys or simply supplied them with his Dr Death protocols? 🤥” Ray responded when asked about the successes of Ronnie Coleman and others who credit Chad Nicholls for their success. 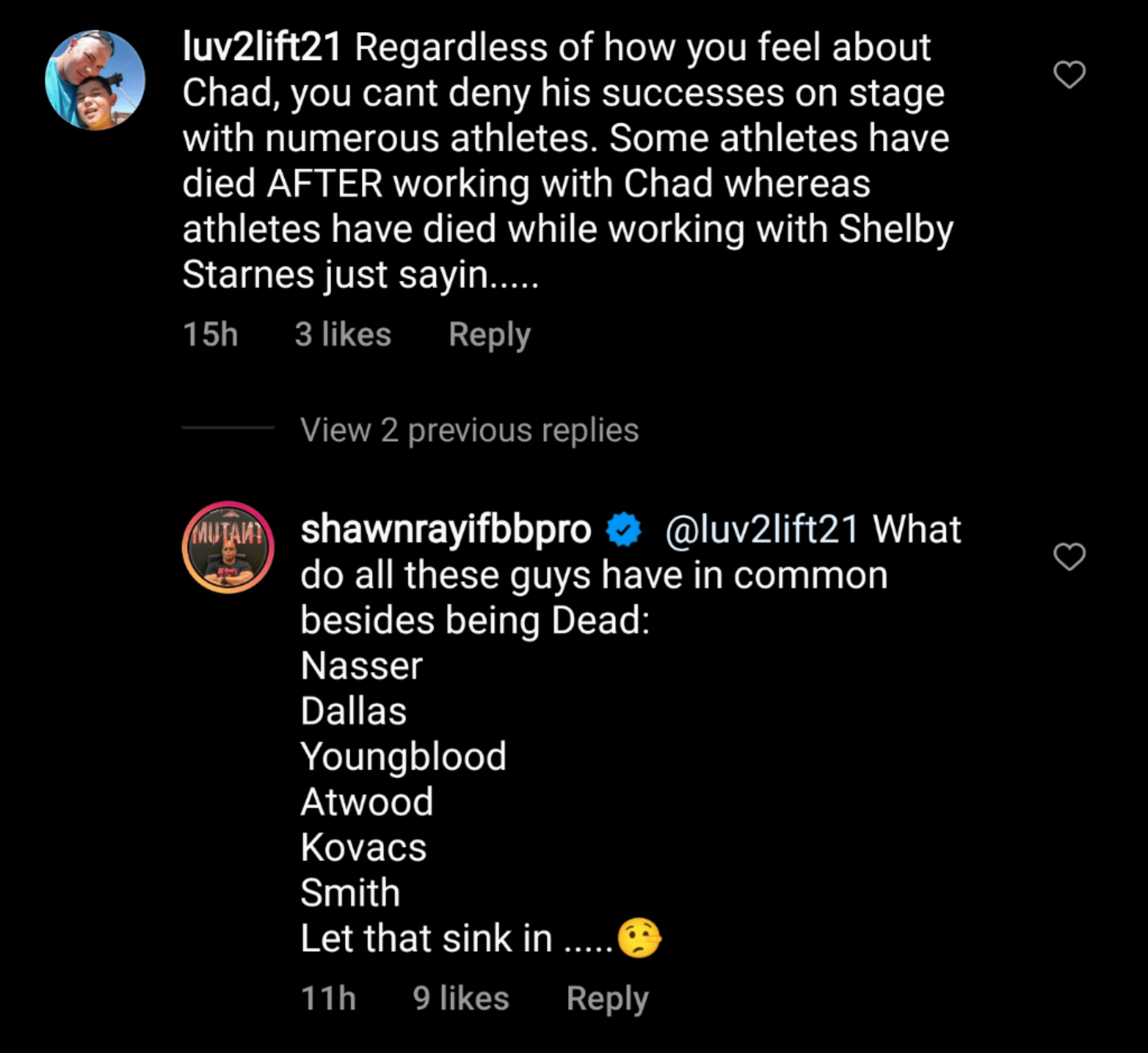 This is not the first time that Shawn Ray has had less than kind things to say about Chad Nicholls, who is one of the most controversial yet successful coaches in the sport. It will be interesting to see if there is a response from Chad, once word of these comments get back to him.

14-Day Boiled Egg Diet: Should You Try It?