Shelly Stettner has just put up one of the most amazing Masters performances ever. 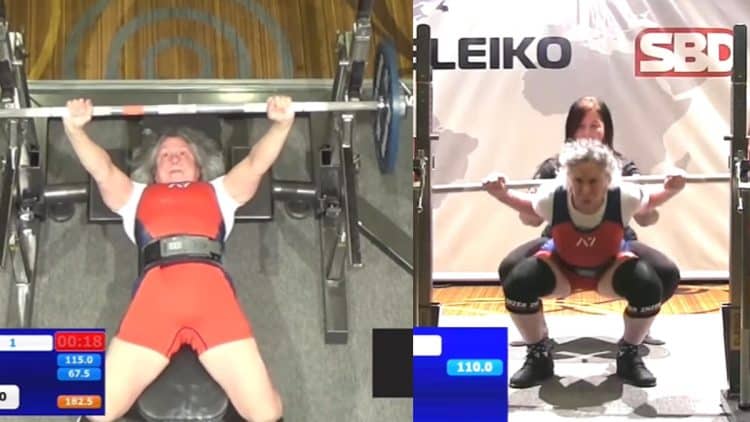 The 2022 IPF Masters World Championships started on October 8th, while the action in Newfoundland, Canada will wrap up on October 15th. In the midst of many powerlifters who have demonstrated their abilities at the competition, Shelly Stettner has accomplished something that many will not be able to achieve. Shelly competed in the raw 63-kilogram weight class and broke all four IPF World Records in the Masters 4 (70+ Years) age class.

Shelly Stettner first claimed the squat World Record with an amazing lift of 115 kilograms (253.5 pounds). Fomina Tatyana of Russia previously held the record of 95 kilograms (209.4 pounds). So, it is evident that Shelly absolutely destroyed it.

Shelly Stettner finished her performance with a 142.5-kilogram (314.1-pound) deadlift, which secured her another World Record, having outperformed Koolhaas Ina’s previous mark by 9 kilograms (19.8 pounds).

The deadlift also gave Shelly Stettner a Total of 325.5 kilograms (717.6 pounds), which was enough for her to complete her World Record collection. Koolhaas – Revers Ina held the previous record of 280.5 kilograms (618.4 pounds).

Seeing the margin by which Shelly Stettner broke each of the four records, it seems that she will be the only lifter capable of further improving them for a very long time to come. One more interesting fact is that the 2022 IPF Masters Worlds were Shelly’s first International powerlifting competition, yet she performed as if she had been lifting for years.

“A good meet for me. Accomplished my goal to build on my total. I got some gold medals and set World Records. What could be better?”

This was Shelly Stettner’s ninth sanctioned powerlifting competition and her eighth professional victory.

Shelly Stettner could be bringing a whole new era to the Masters’ division, since her performance is equal, and even better in some cases, than those of much younger athletes. Shelly will still continue training in the hopes of pushing the bar even higher.