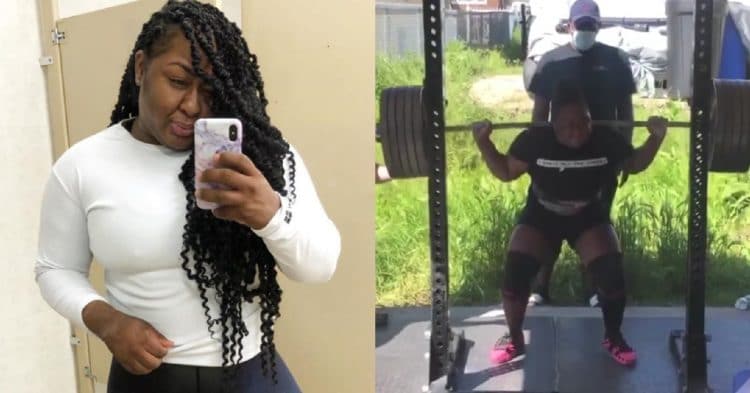 26-year old Sherine Marcelle is not the most experienced powerlifter. However she showed recently that she is a forced to be reckoned with, despite her lack of experience.

So far, Sherine has struggled to find her groove as a powerlifter. When she started off her career, she competed in the 75kg division. She competed there for her first four meets, before bouncing between 82.5kg and 90kg, ultimately settling at the latter of those weights, where she has been for three of her last four outings.

However it would appear that things are starting to mesh together for Sherine Marcelle. A recent post to her Instagram managed to show that to us, in a big way. Here you can see the young lifter completely blow the doors off of a gigantic set of a 505lb raw squat triple.

“Might be onto some s–t . 505lbs x 3 today ‼️🔥. Got my uncle and the fellas to spot me and I feel blessed . Could have moved faster but I’ll take it till next time”

As she alludes to in the post, there was some room for growth here, of course. Like she said, she could have pulled the weight a bit faster than she did. Nevertheless, this was still a strong showing, and evidence that she has a ton of promise in the sport.

It is more than just the squat that Marcelle is doing well at, too. In fact she proved just a few days before this, that she has a strong deadlift game as well. She did this by scoring five reps of a solid 405lb deadlift.

There is still a ton of room for Sherine Marcelle to grow and improve. Regardless she is showing some serious skills in these recent outings, and it would be safe to say that she will look better the next time she competes. She is another addition to the list of exciting prospects in the sport.