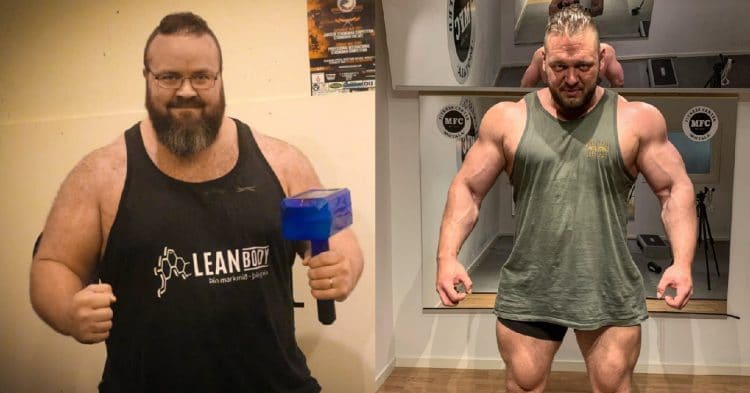 It seems like the hot topic in strongman right now is not actually strongman, but instead it is athetes challenging each other to fight. The latest of these comes in the form of Sigfus Fossdal calling for a bout with Andreas Stahlberg.

Fossdal is a strongman competitor who has been around the sport for many years. At 37 years of age, he has done well in several contests during his time in the sport. Not only that, but he has propelled himself to be able to score multiple world records, currently sharing the record for heaviest natural stone press with Hafthor Bjornsson.

However this is not the only thing Sigfus Fossdal has in common with Thor. Similar to his fellow strongman, he decided he would like to try his luck in a fight with another athlete. He took to Instagram to call out Andreas Stahlberg for a fight.

“By now, we’ve all heard about Thor and Eddie’s boxing match, and now even (Robert) Oberst and Nick Best are going to do the same. Some people think it’s a dumb way for strongman to iron out their problems but I don’t know, I kinda like it. I, myself have had many beefs with people over the years, and I want to take this opportunity to call out Andreas Stahlberg.”

Fossdal goes on to explain that the reason he wants to fight Stahlberg is because Andreas talked some smack about him in the past. Therefore he wants the two to fight in a one round boxing match. This was something Andreas was interested in, as he also took to Instagram, to respond to this callout. He apologized to Sigfus for his comments, but said he is willing to fight on a couple of conditions.

“I understand you want to fight over (my words about you), so let’s get on with it. The thing is, if you want me to come to you, you have to pay the flight. Because I’m not paying to beat the s–t out of a fatso. Fighting me will make you look even more unathletic, if you know what I mean. So make the details happen, let me know when and where, and I’m up for it. Good luck, you will need it.”

Do you have any interest in seeing Sigfus Fossdal fight Andreas Stahlberg?