'The Predator' shows off his current massive physique 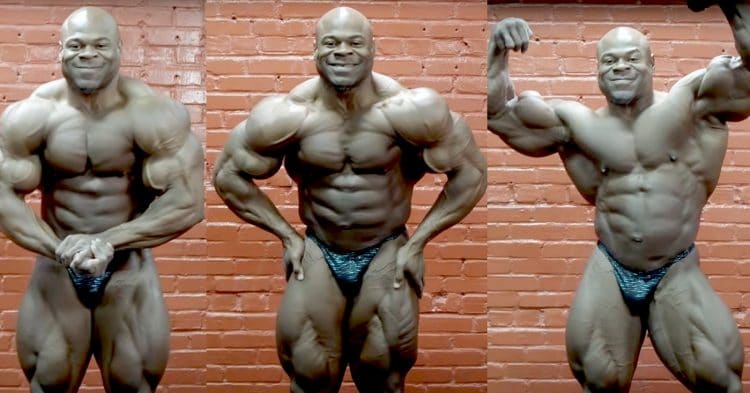 Kai ‘The Predator’ Greene will go down as one of the greatest bodybuilders ever not only for his jaw-dropping physique but also for the excitement he brought to pro bodybuilding. He placed second at the Olympia for three years straight (2012, 2013, and 2014) right behind none other than 7x champ Phil ‘The Gift’ Heath.

But 2014 turned out to be his last Mr. Olympia competition and Greene notably expressed his frustrations with the judging as many believe he should have won at least one of those contests. But he also took a break from competing in general since then before returning to compete at the 2016 Arnold Classic, Arnold Classic Australia, and Arnold Classic Brazil of which he won all three competitions the same year.

But then he hasn’t competed ever since which has left fans wondering if he’ll ever grace the Olympia stage again. Greene pursued an acting career while he was competing but then landed some pretty decent roles after 2016, namely playing the role of ‘Funshine’ in the Netflix series Stranger Things.

But last year his longtime coach George Farrah said Kai Greene is waiting for the right moment to make a comeback, and that he’s not done competing. So 2019 wasn’t even a possibility for him seeing as the reigning champ Shawn Rhoden and Phil Heath didn’t compete. Therefore Greene opted to star in an Indian movie instead.

Then in September of last year, ‘The Predator’ hinted at a 2020 Mr. Olympia comeback in an attempt to get revenge against rival Phil Heath. This is what he wrote on the Instagram post which no doubt had fans hyped about the possibility…

Despite stepping away from the stage, Greene has still maintained a lot of size and shape as evident by a recent posing session that he shared on his YouTube channel. In fact, he also recently shared his most intense arm workout routine ever! So it definitely wouldn’t take much for him to get stage-ready if he’s really going to make the 2020 Olympia.

But with things going the way they are, he might have even more time to prepare and really make a statement. We’ve posted his posing session video below and it has no talking but you can see for yourself how he’s currently looking… pretty jacked we think!

Kai Greene has been making good use of his time though, both on the mic and with his training of which he recently posted a training video where he shared his best mass-building exercises in an at-home workout session.

We’ll be sure to update more on Kai Greene soon!