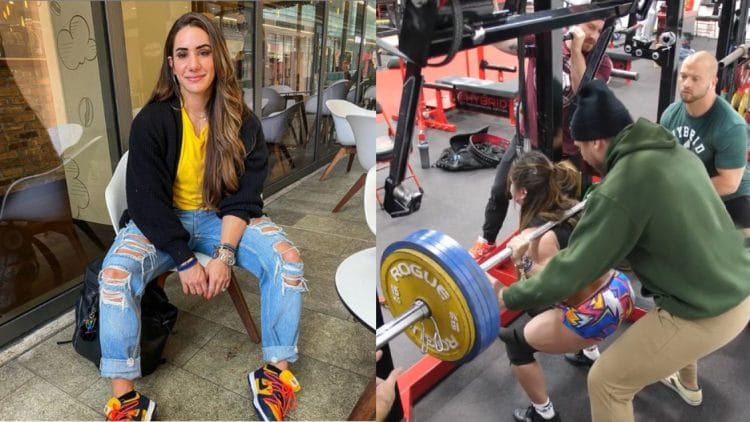 Stefanie Cohen is one of the most technical athletes in all of powerlifting. She showed this technique in its full form recently, with a hefty squat.

Dr. Cohen is considered to be one of the best overall female athletes to ever compete in powerlifting. She has done it all, from ballet, to soccer, as well as weightlifting. Not only that, but she has accomplished a ton outside of athletics, earning her Doctorate in Physical Training, as well as a BS in Sports Science. As a result, she takes a super scientific approach to her training and loves offering advice and help to others.

Cohen had been taking some time away from heavy training but has made a recent comeback. When she did return, she looked absolutely incredible, and it was like she had never missed a day. However, she was not satisfied there and wanted to keep getting better. She seems to have done so, as evident with a recent Instagram post, showing her doing a hefty 462lb squat.

What makes this performance so impressive, is that Cohen is doing this at a bodyweight of just 125lb. Although she explains this is the smallest she has been in a while, she is still able to squat almost four times her own weight. In addition to that, she did a 397lb triple for two sets, which was almost equally impressive.

Dr. Stefanie Cohen continues to show her strengths as one of the most well-rounded and strong female powerlifters in the world. Pound-for-pound, she has proven to be incredibly powerful, no matter what lifts she is doing. Not to mention, all of her lifts display a technical mastery that is unmatched by almost anybody else competing alongside her.