Bud's wife Heather has shared the news of his passing on Jeffries' Instagram. 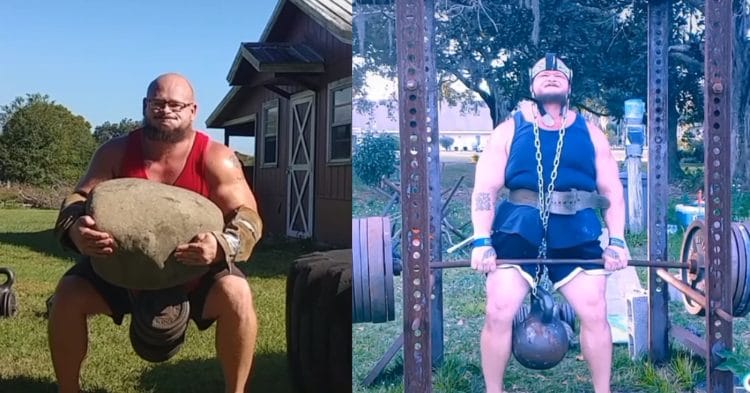 A man known for his unconventional lifts and immense strength, Bud Jeffries, has sadly passed away on January 21st, 2022, at 48-years-old. Jeffries’ wife, Heather, has posted the news on his Instagram account, giving some insights and details about how it happened.

She revealed that Bud Jeffries was doing a light training session outside their house, during which he collapsed. Heather noticed and rushed to give Bud CPR. She continued doing it until medics arrived, but after some time, they pronounced Bud dead.

This is Bud’s wife, Heather.

I have been trying to find the right words to post to all of you. I am heart broken and overwhelmed to have to say that yesterday afternoon, Friday, January 21, around 3:30, while doing a light training session outside, Bud collapsed. I performed CPR until medics arrived, but after lengthy efforts to resuscitate him, he never recovered.

It would appear to have been a pulmonary embolism, but that has not as yet been decided as the final cause. Possibly a result of his brief bout with Covid in early December – again that has not been determined.

I am utterly stunned. It is surreal and unbelievable. I have spent the past 26 years by this man’s side as his wife, best friend and business partner. We filmed, wrote, lifted, traveled, taught, loved, cooked and built a family together.

He was raucous, out of the box, larger than life, charismatic and wild. He didn’t judge people and accepted everyone for who they were. He was stubborn yet kind. Passionate yet tender. He loved the simplicity of life, but loved living it boldly.

He wanted more than anything for people to be able to realize their potential. To never doubt their abilites and have confidence in themselves. He believed in seeing the extraordinary as ordinary to reach one’s goals, dreams and success. It was important to him to encourage others to use what may be perceived as a weakness and not be pigeonholed to stereotypes or others opinions.

He had a love of physical culture history, strongman, strength feats and believed everyone was capable of achieving great things. He developed this from a childhood accident which left him having to relearn to walk and build his body – That tradgedy laid the ground work for a lifetime of striving for excellence, the unknown and what is truly possible for the human body to achieve.

I believe that I will leave with this – a testimony to his life and commitment:

Few may have known that he was the weightlifting coach for a local highschool, which last year made State and has great potential to do it again this year.

Related: Bud Jeffries Performs a 2000lbs Back Lift For 13 Reps!

Bud Jeffries battled Covid-19 in December, which even got him hospitalized at one point. His wife explained that his past illness could be a factor in his death, as they suspect the cause of death to be Pulmonary Embolism. Pulmonary Embolism is a term for a blood clot which develops in one part of the body, then travels to the lung artery where it suddenly blocks the blood flow.

Bud Jeffries’ life was all about weightlifting. That is why he worked as a coach of McKeel’s High School women’s weightlifting team in Lakeland, Florida. His wife announced the team was supposed to compete in District Championships just a day after Bud’s death. They decided to still compete in his honor and won the competition.

Related: Bodybuilding Legend Dave Draper has Passed Away at 79

Bud’s career started with powerlifting, but his passion for other strength sports developed very quickly. His first powerlifting meet was back in 1988, when he was 14-years-old. Bud had a few powerlifting competitions, but his greatest results were winning the 1989 USPF Teenage Nationals, and the 2000 WNPF Lifetime Drug-Free World Powerlifting Championships.

Bud Jeffries also dabbled in the sport of Strongman, where he learned some different types of exercises. Gradually his lifts got more unconventional, and he started doing some very impressive, but also unusual, feats of strength. This type of lifting is what gathered him the most of his fame. He is also known for his 1000 lbs squat.

Jeffries cared a lot about other people and tried to help everyone accomplish their goals. He was a motivational speaker and a writer, but he was also a big advocate for anti-bullying, as he held over 1000 anti-bullying assemblies.

Bud and Heather Jeffries also founded “Noah’s Army Foundation” after their son Noah died in a motorcycle accident in 2017. The non-profit organization provides funding for police enforcement cadets’ tuition, as their son’s dream was to become an officer.

We will remember Bud Jeffries as a man who used his talents and life setbacks to help other people. He always strived for greatness, both in strength sports and in life.

Fitness Volt would like to offer our sincerest condolences to the friends and family of Bud Jeffries. He will certainly be missed.