Who will be competing for the 2020 World's Strongest Man title? We have the official roster! 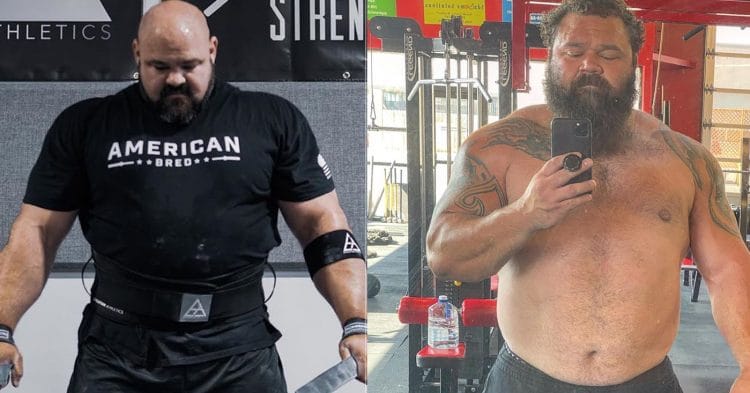 The Covid-19 health crisis caused a lot of uncertainty in 2020. The closest thing to Strongman competition thus far has been the 2020 World’s Ultimate Strongman Feats of Strength Series where top strength athletes attempted world records from remote locations.

But now we look forward to the big show; the World’s Strongest Man competition, set to take place once again in Bradenton, Florida; November 11-15.

Below is the list that includes the competitors scheduled to compete at the World’s Strongest Man contest.

Note: This list is subject to change due to unforeseen circumstances.

It’s an incredibly stacked lineup with fierce competition this year, although, the defending World’s Strongest Man champion Martins Licis (USA) and 2019 Arnold Strongman champion Hafthor Bjornsson (Iceland) will not be competing. So the title is up for grabs and we’re super excited for the upcoming event.

Licis is recovering from injuries sustained due to an accident when he was hit by a car riding his bike, while Bjornsson announced his retirement in August to focus on his boxing match with Eddie Hall, his family, and his health.

The next two guys that are favorites are Poland’s Mateusz Kieliszkowski and 4x World’s Strongest Man champion Brian Shaw. But anything could happen especially because 2020 has just been so different all around compared to years prior. And as expected, there will be safety precautions and fans will not be able to crowd around as usual.

The 2017 World’s Strongest Man champion Eddie Hall will be the presenter for this event, while 4x champion Magnus Ver Magnusson will be the head referee. The tournament Director is former Olympic Bobsledder and TV presenter Colin Bryce.

We’ll be sure to keep you updated as the competition gets closer.

Despite a very underwhelming most of 2020 (for so many reasons), the most anticipated events in strength sports, bodybuilding, and...

The action from the 2020 World's Strongest Man is making its way to television screens this month. Here is a...

Evan Singleton was among multiple strongman to be forced out of the 2020 World's Strongest Man with an injury. Now...

They are called Strongman competitors because they do the things we can not do. Gabriel Pena is doing it again....

Following a bit of disappointing run at the 2020 World's Strongest Man, fans were wondering if this would be the...