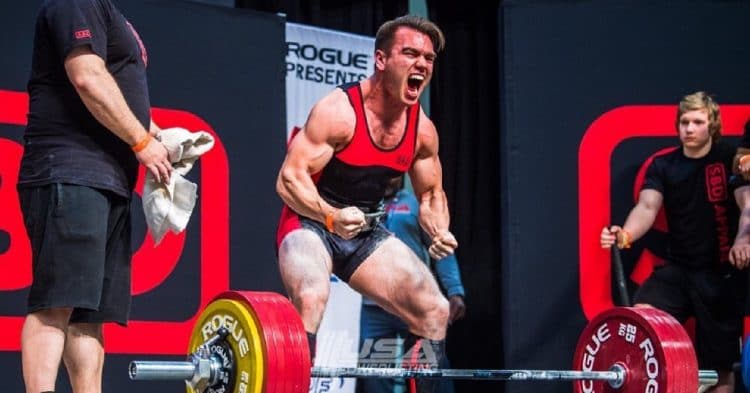 Taylor Atwood is a veteran powerlifter by anyone’s measurements. That did not stop him from crushing a new personal record over the weekend.

Atwood has been competing as a powerlifter since 2014, impressing at every turn. He has won nearly every meet he has competed in, with multiple victories at the RAW Nationals. As such, he has become one of the biggest names in powerlifting.

Atwood took this veteran prowess with him, when he competed at the USAPL Squats and Science Championships over the weekend. The meet, which went down in New York, saw Taylor hitting the scales at 167.5lb, before going 7/9 on his lifts.

This is how Taylor Atwood performed over the weekend:

It was impressive to see the 30 year old Atwood set a new PR for his bench. This beat his previous bench by about 5.5lb. Moreover the 1697.5lb was enough to secure 838.63 IPF points.

Take a look at some of the highlights of his performance:

Atwood competed here as a guest lifter, due to the fact that the Sheffield Powerlifting Championships being shut down. This was a result of the ever growing concern over the spread of the coronavirus. Nevertheless, Taylor did not let these concerns faze him, not stop him from putting on a strong performance.

This is certainly understandable, given the fact that Atwood has been working hard towards that bench press personal record. Here he was, about a week prior, hitting a solid 441lb bench. This is more than he got in competition, but 5lb less than the 446lb bench he had attempted.

Taylor Atwood is just one of the many athletes affected by concerns over the coronavirus outbreak. Nevertheless, he is refusing to let these concerns affect his training and mindset for competition. It is good to see that he was able to find an outlet for the canceled event.