Covid-19 continues to have an impact on large events scheduled for 2020. 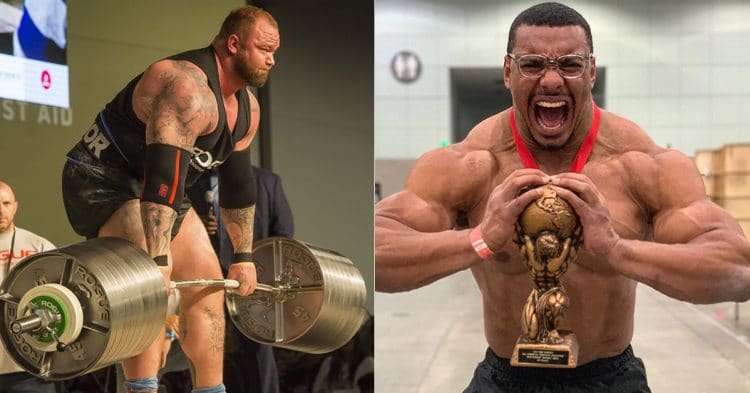 With the postponing of most large events around the world that were scheduled for 2020, it’s expected that major strength competitions would eventually follow pursuit. Although, all have not as of yet.

But the health of citizens is a priority right now and the coronavirus is nothing to take lightly. Now labeled a pandemic due to the effect it’s having currently, Covid-19 has resulted in drastic preventative measures to contain the outbreak in many places.

The recent Arnold Classic which is a massive multi-sport closed their EXPO which was supposed to bring in over 250,000 people. But the events were only open for spectators during the finals. The Arnold Australia and South America are also postponed as of recently.

And as upcoming shows approach we’re sure everyone is curious to know which have been postponed and the ones still in session.

Note: We’ll continue to update this information as things change.

The 2020 Giants Live tour schedule consists of several competitions in both the UK and U.S. which include…

The Britain’s Strongest Man competition has obviously already taken place back in January. But the status of the remaining events is unsure as of currently. So while the forthcoming events are not canceled, Giants Live posted a message on Instagram explaining that they’re doing their best to monitor the situation.

The World’s Ultimate Strongman competition that was supposed to take place in Bahrain on April 11th will now be postponed until a later date not specified. WUS posted the following on Instagram to let fans know that due to the travel bans and high risk factors in general, the competition will continue on another date.

They reassured fans that the 501kg deadlift record will happen likely via 2020 Arnold Classic champ Hafthor Bjornsson. It’s a bummer we won’t be able to witness it sooner but fan safety is much more important.

As of currently, the Ronnie Coleman Strongman Classic scheduled for April 4th will go on, via the Facebook page. Although, whether or not it’ll be a competitor-only show is yet to be determined. The EXPO was canceled and the competition had to relocate which it’s possible they’d have to move to another place once again.

“Since we have now gone to plan B which is Arlington Strength and Conditioning as our comp site. I want to announce plan C which will be Patriot Strength  as I get them

-Please go ahead a plan to only have 1 person per athlete at the comp if possible. This will lower our over all attendance.

-There could be a chance it becomes a competitor only sand Fitness. I promise each and every one of you I am doing the best I can to make the show go on. It is absolutely not about the money at this point. The Ronnie will be rescheduled and I can push all entries to that date. I DO NOT WANT TO DO THAT TO ANY OF YOU. To me it’s about your time, work and effort you have already put in. I do not take that for granted nor do I take it lightly. In the end I can’t control what authorities over my head make me do. But they will have to do just that. Make me…….

-I’ll give updateshow. Prepare for that. I will do everything I can not to make that happen.

-Train….. What doesn’t kill you makes you stronger.

-Do not go quietly into the dark.”

They’re even allowing any gloves to be used and the equipment will be wiped down in between.

The California Strongest Man competition is also scheduled for April 4th and as of now, it’ll happen. However, that can easily change in the coming days especially since the event is not that far out.

The biggest Strongman event in the world will go on as of right now although there’s a good chance that could change within the week. This year’s World’s Strongest Man competition is scheduled to take place in Bradenton, Fl for the second year straight, May 20-24th.

Although, it usually draws a decent crowd and this year likely would surpass 2019 as far as attendance. So things are looking a bit grim for the 2020 WSM event.

The Sheffield Powerlifting Championships was a big upcoming event scheduled for March 28-29. However, due to the Covid-19 concerns, it has been postponed until 2021.

“In the past few weeks, the IPF and SBD have been discussing and implementing measures to safeguard the health and safety of everyone participating in the event. But with the unprecedented escalation of the coronavirus outbreak, the cancellation of sports events globally and the growing travel disruptions, there is no option but to cancel Sheffield 2020.

Ticketmaster will be arranging refunds for tickets for this year’s event. We are truly appreciative of the support we have received from the athletes and fans of the sport, and have begun working on plans for Sheffield 2021.”

The World Classic & Equipped Masters Powerlifting Championships was previously set to take place April 26-May 3 in Sun City, South Africa. However, it has been postponed until October of this year.

Here’s a message via the IPF website regarding these competitions…

“The World Sub- Junior, Junior & Open Classic Powerlifting Championships in Minsk/BLR are currently not affected and NOT Scheduled to be postponed, but of course we need to monitor the situation and we will set the necessary action if needed. Naturally such informations will be sent out in an appropriate timeline!”

Here’s some information about USPowerlifting events…

This from the official website regarding the Collegiate Nationals…

“Dates and venue options are still being explored for the rescheduling of this championship.  We anticipate solidifying the dates and event details in the next few weeks.”

State and Local Events
All other events are scheduled to occur as planned but the directors will notify participants of any changes.

We’ll continue to update this list of upcoming strength events as there will certainly be changes in the coming days and weeks.