At the 2021 USAPL Nationals, Taylor Atwood had a near flawless performance, leading to there new American records 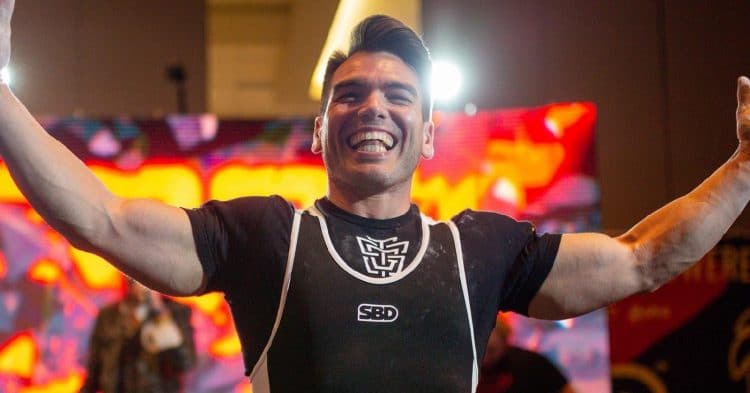 The USA Powerlifting RAW Nationals has been home to some incredible performances this week. One of the biggest standouts came from Taylor Atwood, who left the contest with three new records on his resume.

Atwood competed in the 74kg division at the 2021 USAPL Nationals, which is largely been his divisonal home over the course of his seven year long career. However this performance will go down as one of the best he has ever had.

Taylor went eight for nine in his lifts for the day, which ultimately resulted in him leaving with three new American records, and an unofficial world record. By far the most impressive stat to look at here, is his massive 838.5kg (1848.5lb) total, which was nearly 11.5 times his body weight.

These are the best lifts from Taylor Atwood at the USA Powerlifting RAW Nationals:

The only thing that stopped Atwood from having a clean sweep of new records, was the bench press. Although this is a record that he already holds for his weight class, pressing 199kg (438.7lb) last year, at the 2020 USA Powerlifting Florida State Championship.

Another portion of this accomplishment that makes Atwood worthy of praise, was the fact that he not only hit the deadlift American record one time, but he did it twice. He first landed a 325.5kg (717.6lb) pull in his second attempt, narrowly beating the record, but then extended it again by 15kg.

This added to the fact that, as he noted on Instagram, he became the first lifter in his division to total 1800lb, adds to the fact that this was an incredible performance. He clearly showed up to this competition fully prepared, and is now leaving the contest with a first place victory in his division, and a slew of new records to add to his legacy.

At this time it is unclear what the next move is for Taylor Atwood. However one can only hope that he decides to compete at an international competition soon so that he can cement his place as the best 74kg lifter in the world today.