During the third day of individual competition for the 2021 CrossFit Games, Tia-Clair Toomey won Event 11, setting the record for most individual event wins 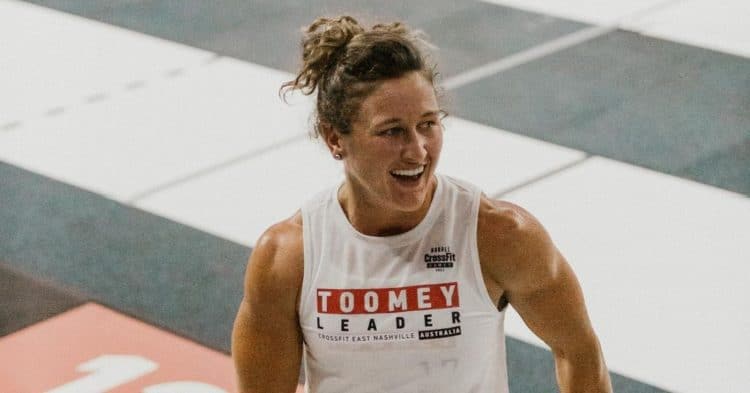 At the time of writing, Tia-Clair Toomey appears to be well on her way to winning another Fittest Woman on Earth® title at the 2021 CrossFit Games. Whether or not that happens, she will be leaving the contest with a new record that will be hard to top.

After an impressive run during the first two days of the Games, Toomey entered Day Three atop the leaderboard, with 861 points, which was 111 points ahead of Kristin Holte, who was in second place at the time. This huge point lead was a direct result of her winning five of the first eight events.

So heading into Day Three, it is safe to say that Tia was far from concerned about the first round of cuts, and was looking to continue her lead on the competition. She started off the day with a 5th place score in Event 10, which was enough to keep her ahead of the pack.

However things picked up with Event 11, when Tia-Clair Toomey finished the AMRAP event with 231 reps. Not only did this score her 100 points, but it was her 30th CrossFit Games event win, which became a new record.

This is a massive accomplishment for Tia-Clair Toomey, who now holds an additional record to the one she already carried of the most Games wins. The eleventh event for individuals competing at the 2021 CrossFit Games went as follows:

Starting off the event, Toomey looked strong from the start. She set a consistent pace that helped her reach a total of 231 reps, beating second place’s Danielle Brandon by 5 reps, and winning the event.

With this victory, Tia passes her friend and training partner, 5x Fittest Man on Earth Mat Fraser. With Mat’s recent retirement, it seems that Tia will hold this record for a long time, barring any return from the former champ.

With such a strong showing so far, it will be interesting to see if Tia-Clair Toomey is able to finish the 2021 CrossFit Games with another contest victory. She has a strong lead on her competition after Event 10, and time is running out for them to close the gap.