Adaptive division strongman Tobias Anthofer pulled the most amount of weight ever seen with a huge 555.55kg seated deadlift 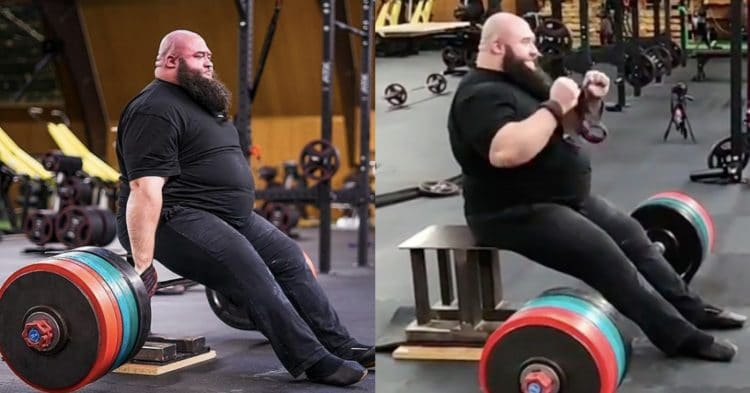 If there is one thing that a lot of people get wrong about differently abled strength sports athletes, it is that they believe there to be some sort of drop off in the quality of performances. This was proven to be false in the biggest way possible, when strongman Tobias Anthofer scored a new world record deadlift that is impressive to anyone watching,

Anthofer has already proven himself to be a rather adept strongman, competing in adaptive contests on a regularly basis. He really propelled himself onto our radar after his performance at the 2020 Static Monsters Worldwide contest in November. Here he got a massive win, and scored a new world record for the axle bar deadlift in his division, by pulling a solid 623kg (1378.5lb).

However Tobias Anthofer was back at it again recently, scoring himself yet another world record. This time it came in the form of a seated deadlift, performed at the 2020 World Strongest Disabled Man (WSDM), in Luenen, Germany. Not only did he win this contest by coming in first, but as he showed with a post on Instagram, along the way he managed to pull an enormous 555.55kg (1224.78lb) for a new world record.

That was an insane amount of weight lifted by Anthofer. Before this performance, it was Martin Tye who held the record, with a 550kg (1,212lb) seated deadlift that landed him in the Guinness World Record books. However Tobias beat it by about 12 lbs/5kg.

This was just one part of a contest that saw Anthofer do a farmer’s hold, front hold, and axel press. He did well enough in each of these categories to win the entire contest, making him the World Strongest Disabled Man, without any doubts.

There is nothing that can be taken away from how incredible this performance was from Tobias Anthofer. He is continuing to prove himself as a powerful force of nature among the ranks of adaptive strongman athletes, and each outing seems to be better than the last. After a showing like this, it is clear that he is a physical specimen and a force to be reckoned with.