CrossFit's 2021 Rogue Invitational has been set for October and will take place deep in the heart of Texas. 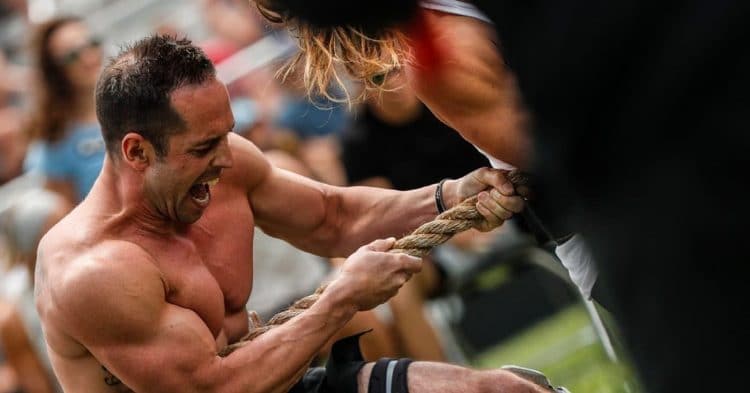 A little more food for CrossFit fans has been put on the table this week, with a sneak peek at the 2021 CrossFit Rogue Invitational. The exact dates have not been announced, but they have announced that the Rogue Invitational will take place in October in Texas.

What to Expect With 2021 CrossFit Rogue Invitational

It will demonstrate the talent of many of last year’s athletes.

“After a nice offseason from intense training & tracking food strictly for most of the year, I’m really excited to get back training hard for 2021🤩

The date structure is slightly different this year. Last year the Rogue Invitational happened before the 2020 CrossFit Games and Finals. This year it will happen after.

It will also include a number of the Rogue Record Breaker (RRB) competitions. Last year’s event brought the Monster Bell Press, the Elephant Bar Deadlift, and the Steinborn Squat.

This year’s Rogue Invitational will include 20 males and 20 females from all around the world. A team division will also take place and will be made up of ten squads.

The 2021 CrossFit Games schedule has been announced with the Open beginning week of March 8.  Registration begins on January 7, 2021. The CrossFit Open includes a quarterfinal, semi-final, and last-chance qualifier and will be run over 11 weeks.

Also last year, the Rogue Invitational was the only CrossFit event to be held completely online. This forced competitors to focus only on their own performance, without watching their opponents. This led Sam Briggs to crush the power snatches by performing 211 power snatches in the last person standing.

With some changes this year, all eyes will be on the best of the best. Stellar performances are expected from five-time Fittest Man on Earth titleholder Mat Fraser and four-time Fittest Woman on Earth Tia-Clair Toomey. But, as is the case with every new season, inquiring minds want to know if these champs can be unseated.

We know that Haley Adams is training hard in the female division. Brooke Wells placed fifth in the 2020 CrossFit Games Finals and underwent a coaching change after the season ended.

The Rogue Invitational will continue to include events such as Powerlifting, Strongman, and Olympic Weightlifting. 2021 Rogue Invitational officials have announced that all required Covid-19 “considerations and contingency plans will be made” and that they will be following “established CDC guidelines.”