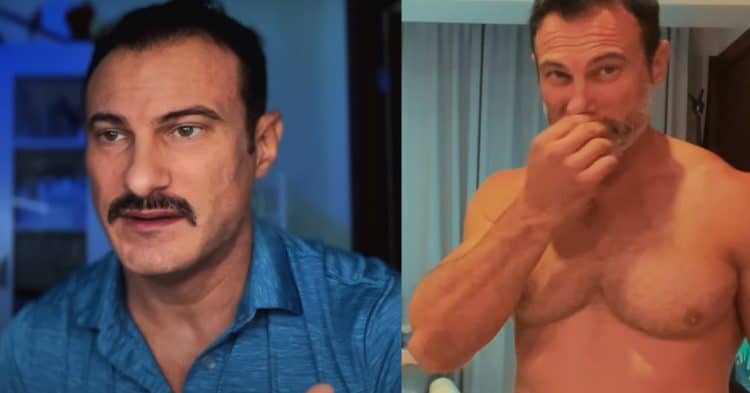 Enhanced Labs spokesperson and bodybuilder Tony Huge might have had a heart attack. Back in August, Huge battled with a severe case of Covid-19 infection and recently took to his YouTube channel to give a detailed health update including a possible heart attack.

Over the years, Tony Huge has experimented a lot with steroids and other performance-enhancing drugs. Following the massive weight loss and other complications due to the Covid-19 infection, Huge was trying to regain his health for the past four months. However, the heart attack scare and subsequent revelations compelled him to share a detailed account in the 14-minute long YouTube video.

Huge revealed that he did not experience any of the common heart attack symptoms but got to know that the pressure in the chest was also enough to indicate a heart attack.

Subsequent tests revealed abnormally high inflammation levels. Huge initially hypothesized that a combination of inflammation and bodybuilding ‘substances’ might have burdened the heart and caused the heart attack. However, he thinks that a severe case of covid-19 could have been a massive contributing factor. Tony Huge said:

“I have to get more testing to see if I need heart surgery to fix the valve…I had the flu really bad. I almost died and I didn’t realize that it can damage the heart directly and indirectly. So it damages the lungs and then because the lungs get damaged, the heart pressure gets backed up and it damages the heart. People can have heart attacks from lung issues also. So, it probably caused damage directly to the heart because that’s what the virus does to the endothelial linings and the arteries in the heart and then causes damage to the lungs which then cause damage to the heart.”

The recent tests revealed Tony Huge’s D-Dimer score to be over 2500 which ranges below 500 in a healthy individual. The number of clots in his blood was as high as a person who loses the battle against Covid-19. Huge believes that the infection had a major role to play in his heart issue. Huge also admitted that he made a mistake by not incorporating cardio in his workout routine.

“I intended to get my heart back into shape. I intended to do cardio and more and more cardio but I never actually did the cardio. So four months, for and a half months went by of me doing cardio an average of one time per month when I should have been doing it more. So my biggest mistake number one was I did not do cardio,” Tony Huge said.

In addition to cardio, Tony Huge was supposed to use the TB-500 protein peptide to improve cardio-vascular strength. He cited not using them regularly as his second big mistake that resulted in deteriorating his heart health further.

The doctor advised Tony Huge to completely stop using Rosuvostatin immediately to see the difference. She also encouraged him to get an echocardiogram to see how the heart is performing. The results showed mitral valve prolapse with an ejection fraction of 59 percent.

“At 59 percent with mitral valve prolapse, they say you are a candidate for surgery. They can go in and repair the valve,” Tony Huge stated.

Tony Huge did not reveal whether he will undergo surgery to treat the condition or resort to an artificial valve. He further added that mismanaging blood pressure and blood sugar levels is contributing factor in mitral valve prolapse. As of now, Tony Huge has to be careful not to aggravate the heart condition.

“I have to be careful not to aggravate the left ventricle hypertrophy which is what steroids do. That can exacerbate the mitral valve prolapse.”

Courtesy of Tony Huge’s YouTube channel, you can watch the full video here: