Maddox described the workout as "just some quality conditioning" after doing 28 repetitions in 50 seconds. 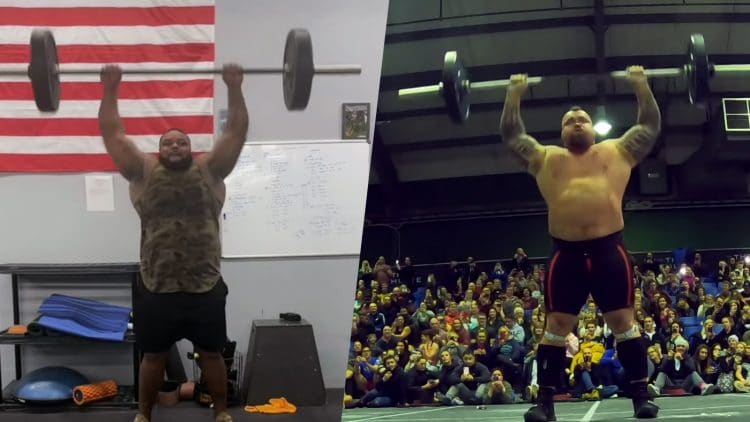 One of the main powerlifting stars, and the greatest bench presser in the world, Julius Maddox, has attempted to break the CrossFit WOD “Isabel” World Record, which is currently held by former strongman Eddie Hall. Raw bench press record holder Maddox was apparently intrigued by the workout, and after completing the challenge he explained that it is much harder than it looks.

Maddox acknowledged the difficulty of the challenge, and pointed out that Hall’s WR is very impressive.

“Just some quality conditioning.
@eddiehallwsm did 30 reps in 50 sec it’s a lot harder than it seems.” wrote Maddox.

Next Competition For Julius Maddox

Maddox is set to compete at the C.T. Fletcher’s Iron Wars, scheduled for January 24, 2022, at the Iron Addicts Gym in Signal Hill, CA. Maddox is supposed to face Danial Zamani, who is his only real rival for the raw bench press world record. Zamani is constantly lifting more than 700 lbs on the bench press, and it would not be surprising to see him break Maddox’s world record.

The interest for that competition is heightened by the possibility of Maddox attempting the 800-pound bench press. He has already attempted the lift multiple times, but has never managed to succeed.

Judging by his Instagram posts, Maddox is working on his conditioning and trying to gradually build up strength for the competition. He is probably trying to change the approach to prevent the possibility of injuries, as he suffered a pec injury in May 2021, just a month before his scheduled 800 lbs WR attempt. Furthermore, Maddox wasn’t far off the “Isabel” WR, so maybe we could see him trying it again and possibly breaking it.