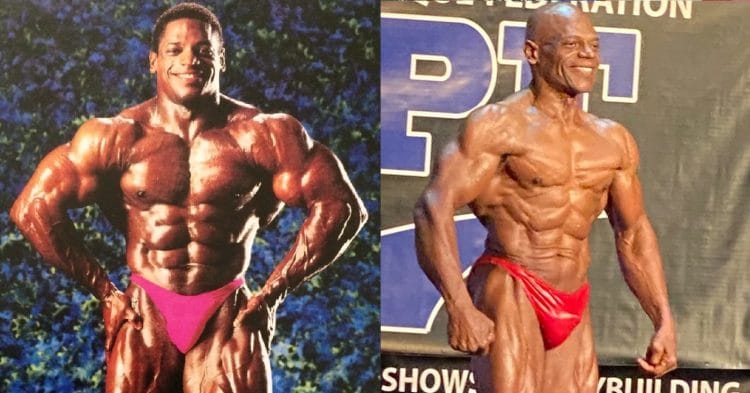 The legendary bodybuilder Tony Pearson made a return to the competition stage over the weekend. He was successful as well, winning the AAU Master’s Mr. Universe more than 40 years after his first contest.

For the most part, Pearson made his mark on bodybuilding when he was competing in the 80’s and getting some big wins. The classic bodybuilding legend has wins at the NABBA Mr. Universe, and made multiple appearances at the Olympia. Although he was far from the best to ever do it, he was also an aesthetically pleasing athlete and a tough out for anybody in his prime. He largely stopped competing in 1994, but he did make a brief return to competing in 2014, winning the NABBA USA American Grandmaster’s and Open divisions.

This changed over the weekend, when Tony Pearson took the stage for the first time in six years, and the second time in over 35 years. Competing as a Master’s Division bodybuilder, he stepped on stage at the 2020 AAU Mr. Universe. Not only did he compete, but he won the contest, clocking in a victory at 63 years of age. He posted to Instagram to reflect on the win, and show off his physique on the day of the contest.

Judging by the way he looks here, you would never guess that Pearson is into his 60’s. Not only that, but the fact that this event was drug tested makes his win all the more impressive. To do this more than 40 years after he made his pro bodybuilding debut too, it is simply an inspirational sight to behold.

A few days before winning the AAU Master’s Mr. Universe, Tony Pearson posted a better physique update, that allows a more detailed look at his physique. Here it is possible to see the same type of body that made him so noticable and impressive back in the day. Even at 63 years old he still manages to maintain a lot of the aesthetically pleasing aspects of his physique.

It is not every day that a veteran of the sport like Tony Pearson comes out of retirement and dominates a competition almost half a century after his career started. Nevertheless, the bodybuilding legend continues to impress us as the years go by, serving as a reminder that anything is possible with the right amount of hard work and dedication. He is an inspiration to people everywhere.