As he prepares for a fight with Anthony Joshua, Tyson Fury shows that he has undergone one of the most incredible transformations you will ever see 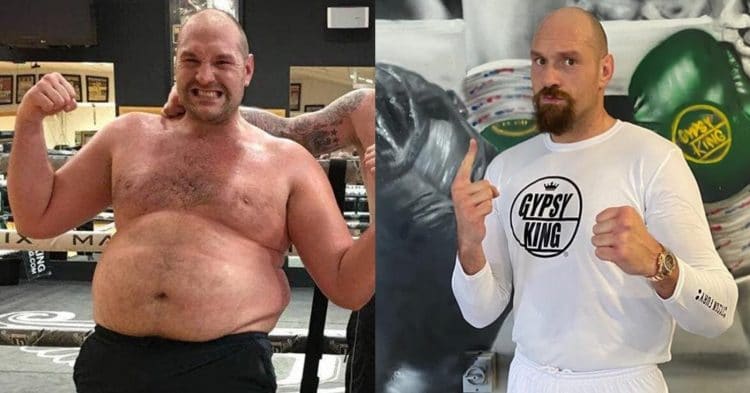 WBC heavyweight champion Tyson Fury has one of the most inspirational stories in all of sports. That inspiration just continues to grow, as he showed off a recent physique update that is incredible enough to make anyone motivated.

While he is undefeated as a pro, there was a period of time that Fury walked away from the sport. From 2015 to 2018, fans did not see the Gypsy King in the ring, amidst negotiation troubles and other issues with the sport.

During this time, he entered a severe state of depression, nearly getting to the point where he took his own life. In that same span, he gave up training and got insanely out of shape, looking like a shell of his former self.

In 2018, Tyson Fury staged a comeback after finding new motivation in his life. He worked hard to get in shape and after a draw against Deontay Wilder in an instant classic, he rematched the then-champ only to knock him out in the seventh round.

As if that were not already inspirational enough, the story has not ended there. Next up for Tyson Fury is a chance to unify the heavyweight titles against IBF, WBA, WBO, and IBO champion Anthony Joshua.

Ahead of this massive fight, Tyson has been looking in incredible shape. A picture has emerged of him appearing to be in the best shape we have ever seen him, looking lean and slender.

👀 @Tyson_Fury is in some shape… pic.twitter.com/tmltnK9kEG

The way Fury looks is absolutely incredible, and he is completely unrecognizable, even from the man he was when he fought Deontay Wilder just last year. That is not even to mention how he looked when he was at the lowest point in his life, a few years earlier.

In fact, we got to see a side by side look at the to physiques between 2017 and this most recent update. It is enough to give you goosebumps, just from the sheer inspirational nature of this incredible transformation, and how much he has changed in just over three years.

Tyson fury continues to be a source of awe and inspiration with every outing. He is proof that no matter how low you are, or how bad things get, it is never too late to pull yourself out of the rut and rediscover your passion and motivation.

It is going to be exciting to see how he looks when he faces off against Anthony Joshua. At this time, the bout is being targeted for July, but no official date or venue has been pegged down.