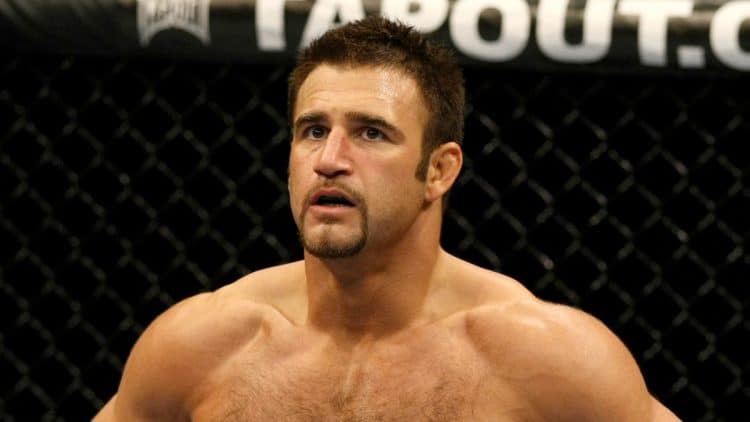 Former bodybuilder and ex-UFC fighter Phil Baroni got charged for allegedly killing his girlfriend in Mexico, according to the Associated Press.

Tribuna de la Bahía reported Baroni notified police officers about an altercation with his girlfriend, who the authorities identified as Paola. He told them that he pushed her into the shower, resulting in her slipping and hitting her head. Although the official report did not bring much to light, a local report shared that a Mexican woman was found dead in a hotel room with bruises.

Baroni allegedly told police that a dispute between the two started heating up around 3 pm that day. He claimed to have been drinking beer and under the influence of cannabis when Paola came clean about cheating on him.

He informed the police that he forced her into the shower after she did not want to comply with his request of taking a shower. She ended up falling down and injuring her head. Baroni told police he assisted Paola to the bed and went to bring her cigarettes and beer. When he tried to wake her up, she did not respond.

AP reported an initial hearing is set for Monday. It’s not known yet if Baroni has a lawyer.

Baroni, a mixed martial arts veteran, started competing in amateur bodybuilding shows during his late teens. Baroni turned heads at each of the six shows he participated in, either taking home the top prize or placing runner-up.

‘The New York Bad Ass’ started his professional MMA career in 2000. He got off to a successful start against John Hayes and joined the UFC ranks in only his second-ever fight. Having been a pro for nearly two decades, Baroni also competed under PRIDE, Strikeforce, EliteXC, Bellator MMA, BKFC, and ONE FC.

He developed a heated rivalry with Matt Lindland and took to the octagon against the likes of Frank Shamrock, Joe Riggs, and Brad Tavares. He took some time off from competition in 2014 and occasionally worked as a commentator. Following a four-year hiatus, Baroni returned to action with a sub-30-second finish of Matt Lagler. He briefly transitioned to bare-knuckle boxing for one outing, dropping it to Chris Leben in Nov. 2018.

The 46-year-old New York native decided to hang up his gloves after a final clash with Sai Wang in Sep. 2019. He ended his career with a record of 16-19.