Buttery Games is a series of challenges to test the pairs of Strongmen, CrossFitters, Bodybuilders, and many other personalities. 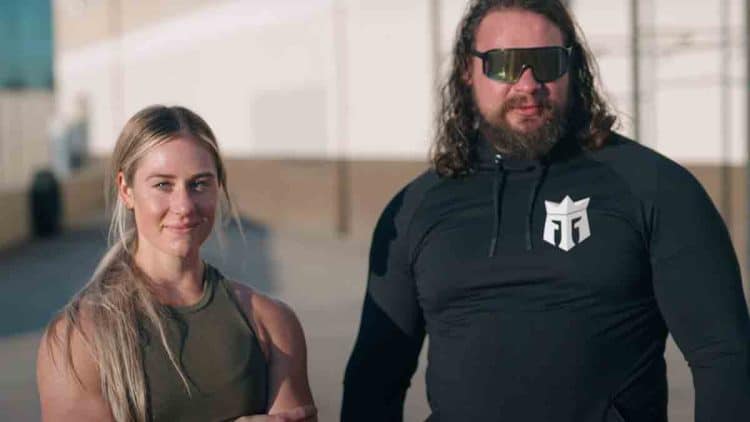 The Buttery Bros are known for collaborating with world-class athletes from many sports, but they have outdone themselves with the most recent project. Marston Sawyers and Heber Cannon brought together a dozen athletes and figures to compete in their “Buttery Games ”. The Buttery Games are an all-around fitness challenge, in which males and females form teams and compete against each other.

The first part of the Buttery Games consisted of three tests, while the remaining parts are yet to be published on their YouTube channel. This challenge featured the likes of bodybuilding legend Kai Greene, strongman champion Hafthor Björnsson, and even the famous comedian and former UFC fighter Brendan Schaub in the final test.

Note: Allison Scudds came in to replace Ellie Turner for one part of the Buttery Games. The remaining teams are also subject to change over the course of the Games.

To test the speed of the participants, Buttery Bros decided to task them with a 2 x 200 meter relay. One athlete ran the first 200 meters with a can in their hand, which they handed over to their teammate. At that point, the other person could start their 200 meter run.

Martins Licis surprised everyone with his speed, racing with the nearest person to him, Alex Gazan. Alex was the first participant to hand over the tin can, and Rob Kearney wasted no time to start his own race. However, Martins’ partner, Brooke Wells, managed to overtake the World’s Strongest Gay, winning the test for Team Two.

Originating from 1983, the “Beep Test” was the second challenge of the Buttery Games. It’s meant to test the endurance of the athletes, as they have to run a distance of 20 meters in a progressively shorter interval.

The total result of Test Two was the summary of laps run by both athletes. Team One managed to come out victorious, as Justin Medeiros tied for the most laps individually, while Rose also put in a very solid performance. Despite the struggle of other big guys, Jujimufu’s endurance impressed everyone. That, alongside the incredible performance of Ellie Turner, was enough for a second place finish.

The third test was adrenaline-filled, as teams got a chance to drive a trophy truck on a dirt track. Their times were once again combined to decide who the best was. Only the results of the two fastest teams were revealed, but the point of this challenge was to have fun and enjoy a bit of competitiveness.

Some of the athletes did not take part in the test for various reasons. Hafthor could not fit in the trophy truck, so he drove a race car on a different track. Licis, and some other participants seemed to be absent from the test, but Buttery Bros and Brendan Schaub filled in their spots.

Team One came out victorious once again, as Medeiros and Rose had a combined time of 2:20.94. Team Four came in second, with Heber Cannon filling in for Hafthor.

The Buttery Games look exciting from what was shown in the teaser. The future parts will include Ninja Warrior, Basketball, and other exciting challenges.