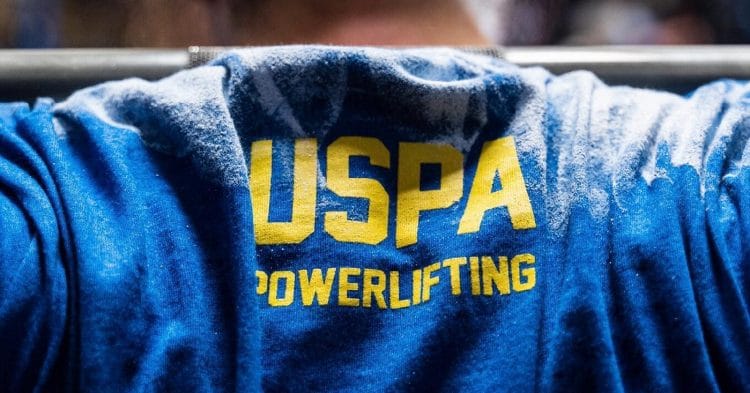 There some troubling developments emerging from the United States Powerlifting Association (USPA). These concerning reports have resulted in 16 events losing their sanctioning from the organization.

According to a recent statement from the USPA, the top powerlifting federation in the country, a meet director by the name of Johnny Lane decided that he would be quitting his work with the organization and starting his own powerlifting federation, a decision that apparently went against his contractual obligations. Not only that, but he tried to recruit officials for his own federation. This led to the decision by the USPA to remove their sanctioning of the upcoming East Region meets that Lane was directing.

These are the 16 meets to lose their sanctions:

The statement goes on explain that the reason for this behavior from Layne stems from a situation that involved a member of his family. Although they did not go into much more detail than that, Johnny posted to the US Powerlifting Coalition Instagram page to explain that this family member was his wife, a powerlifting judge. Furthermore he explained that the situation referenced was regarding an issue with his wife having relations with someone below the age of consent, several years ago, and he felt both of them were mistreated by the United States Powerlifting Association.

“Many people know Mindy and I from the numerous meets we have run in multiple states. She and I built this region with the help of a great team, but Mindy has been crucial to our success. Mindy and I have been married for 11 years, but before I met her, she had a relationship with a teenager that was under the age of consent. This was after her divorce and obviously a low point in her life. She told me about this while we were dating, and my response was “you’ve always been good to me, so we’ll leave the past in the past”. This took place over 16 years ago and again, was before I knew her. I have never seen it as an issue because that is not the person I know. MONTHS ago, the USPA did take issue with this past and deactivated her as an International judge, which she worked hard for. I was never asked to step down, but quite the contrary, was complimented as one of the best meet directors in the organization and that they did not want to lose me. I did NOT have to leave. Mindy, being someone who gave so much deserved more respect. It was wrong. You do not treat people like that, and I will never treat anyone the way the USPA has treated Mindy. All of that certainly would be cause enough to leave, but that is not why I am starting the USPC.

If you have noticed the excitement and enthusiasm for this new organization, you know this was due. This is what I talked about with many key people, over a year ago…an opportunity to build an organization like we always wanted to see. We have a great executive committee team; experienced meet directors and I have the experience and reputation to oversee it all. I also own multiple businesses and was basically running a federation within the federation. I felt there were some things that I wanted to change, not only for the lifters, but coming from a high volume meet director’s perspective. Trust me this will be different, and you are going to love it!”

This is obviously a tricky situation for both parties involved. From the perspective of the USPA, Johnny Lane should have disclosed this information about his wife and is now in breach of contract. On the other hand, Johnny says this was many years ago and should not be held against them. It is going to be interesting to see this situation play out.

4 Methods For Busting Through Lifting Plateaus