Federation Recommendations For Every Type Of Powerlifter 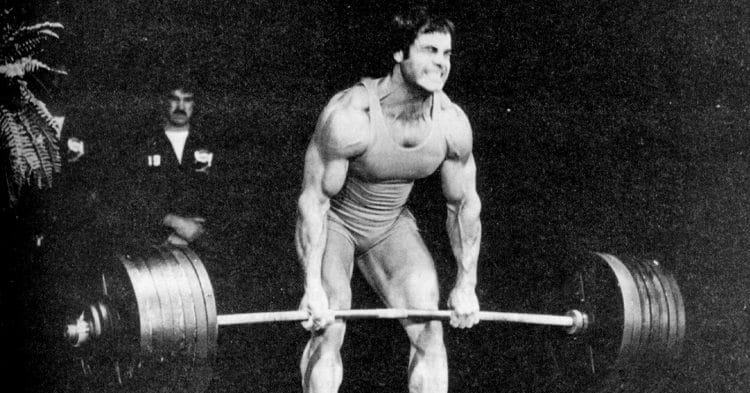 To maximize your chances of success in powerlifting, it is critical that you select the federation that best matches your goals and preferences.

However, due to the vast quantity of powerlifting federations to choose from, it can be difficult to know where to start.

This article will briefly touch on the history of powerlifting federations before moving on to provide guidance on selecting the best federation for you.

History Of The International Powerlifting Federation

Back in 1971, York Barbell hosted the first-ever “World Weightlifting Championships” in York, Pennsylvania.

However, despite the relative success of the event, a number of disputes arose regarding the rules and legitimacy of using equipment such as knee wraps and weight belts.

As a result, representatives from select countries came together to establish the International Powerlifting Federation (or IPF).

Over the years, the IPF has grown in size, reputation, and prestige. A vast number of countries across all four continents now have an IPF-affiliated federation.

The IPF was instrumental in bringing the sport of powerlifting to the world stage. Powerlifting was first included in the 2009 World Games and continues to feature to this day.

Formation of Other Federations


Despite the reputation of the IPF, not all lifters compete in IPF events. This can be primarily attributed to the IPF’s introduction of drug testing back in 1982.

A number of lifters were not pleased about the introduction of the testing and protested. However, the IPF stuck to their new drug testing policy.

Consequently, a number of individuals left the IPF and set up a new federation that didn’t require testing. It was called the American Powerlifting Federation (APF).

These events inspired others to set up their very own powerlifting federations and there are now dozens in existence. Each federation has slightly different rules and regulations from the others.

Which Federation Should You Join?

With so many federations to choose from, it may seem like a difficult choice. However, it’s really a lot simpler than it appears.

To help you understand which federation is most appropriate for you, we’ll break down powerlifters into three categories:


For those who enjoy powerlifting recreationally, the best advice is to select a federation that will provide you with the most enjoyment.

If the focus is more on the experience and setting personal bests then it doesn’t really matter which federation you join. It may be best to simply select the closest federation to you.


The ultimate achievement in powerlifting is to break world records, however, it must be recognized that many of these records were set decades ago.

Back then, although many athletes used drugs, they were also limited by a weigh-in two hours prior to competing, stiff 29mm bars, two-meter knee wraps, and walked out squats.

Nowadays, there are certain federations that allow the use of drugs, have 24-hour weigh-ins, use 29mm flexible bars, permit three-meter knee wraps, and utilize the monolift.

These changes allow present-day lifters to lift significantly more than lifters of the past.

The changes in weigh-in timing allow lifters to essentially compete in a weight class below where they would have been thirty years ago.

Additionally, longer, more flexible bars, longer wraps, and the monolift may add anything between fifty to a hundred pounds to your total.

During the deadlift, the bar will begin to flex before the weight has even left the ground allowing the lifter to pull heavier weight.

Longer knee straps equate to more revolutions around the knees. By increasing the number of revolutions, performance may improve (1).

Finally, the monolift allows the lifter to set up and squat in the most optimal condition. Walking out with the weight on the back before squatting can generate fatigue and detrimentally impact performance.

Based on these points, it is unfair to compare the modern-day records to older records.

Realistically, if you want to attain a world record, you will have to find a federation that allows drug use, long weigh-in times, and lengthy straps.


The Southern Powerlifting Federation (SPF) would make a great choice specifically, as it allows the use of three-meter straps. Most other federations are restricted to two and a half meters.

Be aware that although there are many non-tested powerlifting federations, some of them do have a strict ruleset.

For example, the rules used by the United States Powerlifting Association (USPA) demand that squats are walked out, proper depth is attained, and permits two and a half meter straps only.

Federations with a strict ruleset like this should be avoided if you are looking to set records. The rules will place you at a disadvantage and limit the maximum amount of weight you can lift.

Ultimately, in non-tested powerlifting, the greatest reward is experienced by those who post the biggest numbers.

By selecting the wrong federation, you can very easily disadvantage yourself and negatively impact your numbers.


With that being said, the USPA is highly recommended for all drug-using powerlifters for one big reason – the standard of the judging and quality competition.

The USPA has built a reputation for first-rate judging. You can have confidence that your lifts are of a good standard if they are approved by a USPA judge.

Furthermore, USPA events are extremely popular and very well attended with the majority of the top lifters participating in USPA competitions.

The final important consideration to make when choosing a federation is monetary rewards as some non-tested federations offer prizes to the winners of their competitions.

Therefore, if money is of greater value than records, it may be worthwhile finding a federation that offers financial rewards, regardless of their rule-set.

While the drug-free lifter is unlikely to be breaking any world records, they do have the opportunity to compete in the only legitimate world championships in powerlifting.

While an array of non-tested federations have their own championships, none of these come close to the sheer size of IPF events.

As highlighted earlier, the IPF is truly a global organization that contains hundreds of countries and tens of thousands of members.


No other event, either tested or untested, comes close to the magnitude of the World Games.

There is no doubt that the IPF has a reputation for being very strict. As non-tested federations began to relax rules, the IPF tightened them.

It could be argued that this strict approach was necessary to ensure that the sport remains fair and provides all competitors with equal opportunities.

Powerlifters within the IPF are subject to regular drug tests; not only pre-competition but also outside of competition.

IPF events have a two-hour pre-event weigh-in. They also do not allow the use of a deadlift bar or knee wraps.

They are also renowned for holding a very high standard for squat depth and require all squats to be walked out.

Even without the use of drugs, you will find that you will not be able to lift as heavy under IPF conditions. All these rules can lead to a reduction of fifty to one hundred pounds off your total.

For that very reason, a number of natural lifters avoid the IPF and use other drug-free federations that permit the use of long weigh-ins, flexible barbells, knee wraps, and monolift.

That said, the IPF is still highly recommended.

There is no denying that an individual using performance-enhancing drugs will outperform a non-user.

When used consistently, it’s not uncommon for these substances to increase performance by as much as 20% (2). Furthermore, these drugs allow users to compete in heavier weight classes.

Due to the regular testing conducted by the IPF, drug users cannot compete. These rules, imposed by the IPF, levels the playing field.

It is true that your powerlifting total may reduce by participating in IPF events, however, this is true for every IPF competitor.

Therefore, if you are a drug-free lifter who aspires to compete at the top level, the IPF is the federation for you.

There is a good reason why powerlifters who participate in IPF championships are commonly regarded as the best powerlifters in the game.

Those who take drugs will evidently have a greater opportunity to break powerlifting records. If this is the goal, Federations such as the SPF and USPA are highly recommended.

While drug-free lifters are unlikely to break world records, they do have the opportunity to participate in the one true powerlifting world championship run by the IPF.