Brazilian IFBB Pro bodybuilder Victor Luna has passed away at 37 years old, leaving the bodybuilding community in a state of mourning 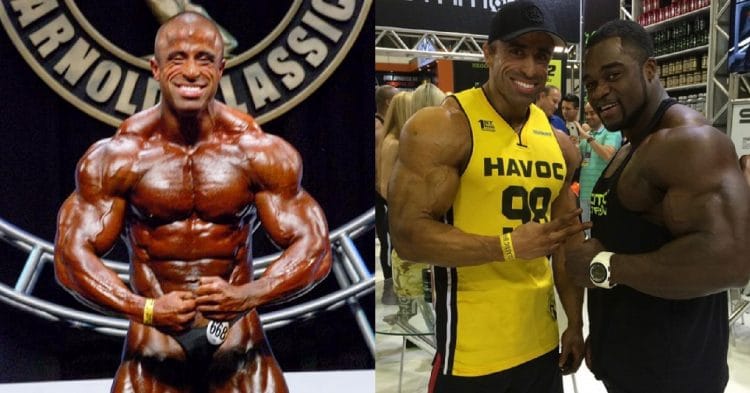 The bodybuilding world has been hit with another major loss. This time it comes in the form of Brazilian IFBB Pro bodybuilder Victor Luna, who passed away at the age of 37.

Unfortunately it seems that Luna tragically passed away from complications after contracting COVID-19. Reports state that he caught the virus, before having a heart attack and passing away. It is an especially tragic loss, given his age and the longevity that he has shown with competing in bodybuilding. Some of his accomplishments include:

The loss of Victor Luna has certainly hit the bodybuilding community hard. Roelly Winklaar posted to his Instagram following the Brazilian’s passing. Here he shared a photo of the two together, and warns others to keep their family close because you never know what can happen.

“Saddened by the news of the passing of @ifbbvictorluna . May God protect and guide your family and loved ones through these difficult times. Rest peacefully Iron brother 🙏🏾”

Under this post were comments from the likes of Shawn Rhoden and Dennis Wolf. These bodybuilding champions offer condolences for their fallen brethren.

The Darkness Nation Instagram also shared a message mourning the passing of Luna. They shared a lengthy heartfelt message in Portuguese, reflecting on how special of a person he was.

“Today it was no coincidence that the sky was cloudy … we received the sad news that our brother in irons, Victor Luna, had passed away.⠀

Luna was an important name in the national bodybuilding scene, mainly in Rio de Janeiro. His first championship was in 2006, in the rookie category, where he won the category at just 22 years old.

With about 1.83m in height, he was considered for one time one of the heaviest bodybuilders in Brazil, reaching 140kg in his off season and 113kg in pre contest. His training was like we like to talk, in the best “old school” style, with a lot of load and brutality!”

In addition to this, Mr. Olympia himself, Brandon Curry also shared a message to mourn the passing of Luna. He shared a couple of photos of the pair together, while saying that Victor was his first friend from Brazil.

“Got sad new today. A brother in iron and good friend has passed today. @ifbbvictorluna was always smiling and encouraging me. You will be missed. My first friend from Brazil 🇧🇷. RIP

Regards to his family and friends. Praying for you.”

Fitness Volt would like to offer our sincerest condolences to the friends and family of Victor Luna. He will certainly be missed.