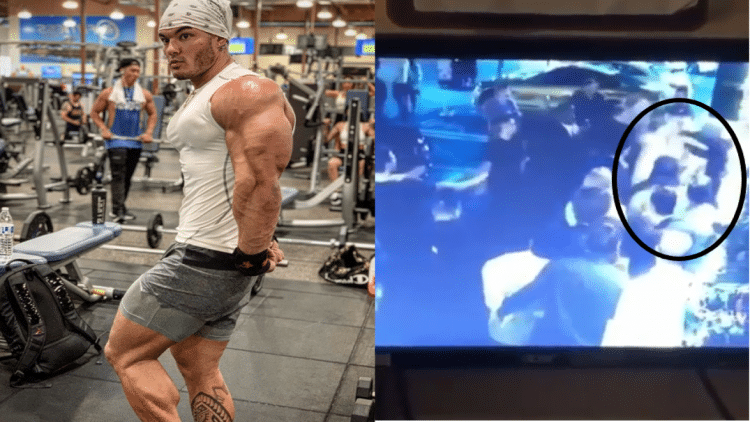 If you are one of the people who is angry at Jeremy Buendia for his recent allegations of abuse, you are about to be satisfied. As it happens, a video has surfaced of him getting knocked out.

Jeremy Buendia has been shrouded in controversy lately, as he has been facing allegations of assaulting his ex-girlfriend. She even posted pictures of the injuries he allegedly caused. Subsequently, he has been facing backlash in the bodybuilding community.

UPDATE: Jeremy Buendia Speaks Out On Instagram Regarding Violence Allegations

Despite this, it seems Buendia has more than one enemy. In this video, which just surfaced, you can see him in an altercation at a recent bodybuilding event. In the clip, Buendia is seen getting caught with a big right hand, staggering him. Subsequently, he fell back but was caught, practically unconscious. Check out the footage below.

However, Buendia got his revenge.

In another video, that surfaced shortly after, you can see the scene continue into the parking lot. Here, you can see the man trying to grab Buendia. However, he was able to return fire this time, until the scene bled out off screen. Here is the video:

This is quite the recent chain of events for Jeremy Buendia. In the wake of the recent allegations, this literally adding injury to insult. Especially, when considering that he was recently dropped by his sponsor, Steel Supplements.

On one hand, it is hard to feel bad for Buendia. On the other hand, he is considered innocent until proven guilty. However, this does not stop the immense amount of controversy.

What do you think of the footage? Does he have this coming? Stay tuned to FitnessVolt as more details as the story develops.