Dani Speegle has undergone an incredible life revolution by becoming an elite CrossFit athlete. Here's how to do it. 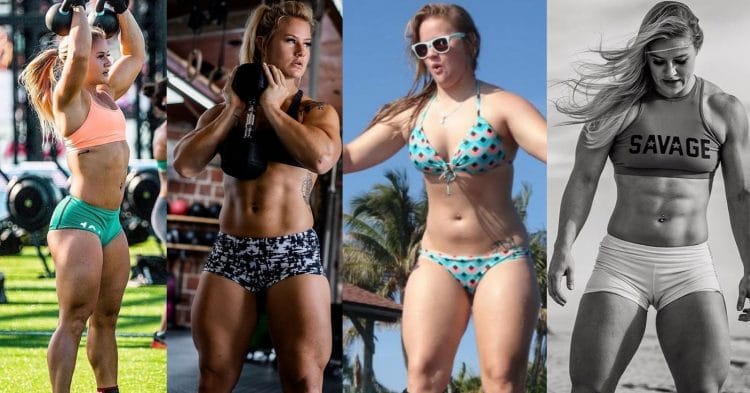 Dani Speegle is a name to be reckoned with in the CrossFit community, and she is going public to inspire other athletes to do it like she did, with ten tips for success.

In 2019, Dani Speegle ranked number one in the United States women’s division for the CrossFit Open. She ranked fifth in the world overall. Her CrossFit career began in 2015, and had her earning money by 2018.

Dani Speegle’s story is incredible, and she wants to use her platform of success to teach any CrossFit athlete how to succeed in the upcoming CrossFit Open.

Dani Speegle is considered a fitness influencer by many and began CrossFit in 2015. It was then that her workout coach encouraged her to try her hand at CrossFit contests. By 2018, she was competing at the Dubai CrossFit Championship and finished in fifth place with a $13,000 payout.

2019 was when she took first-place ranking in the United States and fifth overall in the world. Dani Speegle is taking her journey to success public, by helping others how to become better CrossFit athletes.

In 2020, she also won the Titan Games, having crushed Olympic athletes and world champions in their fields. She was one of the many CrossFitters that participated in last year’s Titan Games, and she beat them all in the women’s division.

Today she is doing it with ten tips for success when preparing for the upcoming CrossFit Open.

Registration has already begun for the CrossFit Open, ahead of the CrossFit Games, which will begin on March 11.

Dani Speegle has chronicled her transformation on YouTube and in other areas of social media. There is one video that shows her changes from 2014 to 2015, displaying her passion and motivation to succeed in the athletic world.

“This past year has been a huge year for me in terms of nutrition and health and all-around happiness. I have enjoyed the journey incredibly and it’s been beyond rewarding. I want to help others feel the way I feel and reach their goals in health, fitness, and life. It takes one day, one decision, one step into a gym, one email asking about nutrition help……one. Take the one. Start today. Change your body, change your life, change your happiness.”

It’s the tone she uses on everything that is CrossFit. She calls the changes she’s made life-altering.

Dani Speegle offers the following ten tips for success, many of which are about keeping the CrossFit mindset.

Here’s what a Dani Speegle workout looks like, as you prepare for the CrossFit Open. She posts them on Instagram with inspiring thoughts.

This is one that she loved.

It included 10 rounds of a 12 hang dumbbell snatch (70/50), and a 30 foot unbroken handstand walk. She puts a dumbbell on each side of her 30 foot section to push herself to keep moving, and makes a point of not using the transition as rest.

The energy she shares with her fans and followers is contagious and can be seen in almost any Instagram post. Here is another workout where she is trying to find her soul again, while also complaining a bit, and dancing it out. This workout includes a DB snatch, bench press, and 45 devil’s press for time.

In this workout, Dani is getting down to business. She is working out 10 rounds of 10 thrusters and 3 ring muscle-ups in a timed 15-minute workout.

Here, Dani is bringing some soul back to the training session. She calls it “actual footage of selling my soul” so she can beat a fellow athlete in a workout. A feat she notes, may have been “delusional.” This one is three rounds of air bike calories, chest to bar, and resting three minutes after every round.

Vitaliy Ugolnikov Unveils Jacked Physique, Plans To Bulk Up: ‘2021 Is My Year’