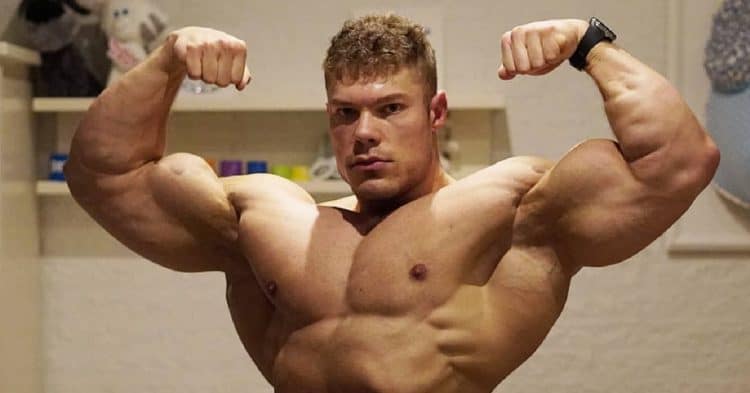 It has been a bit of a rocky start to the Olympia career of Classic Physique competitor Wesley Vissers. Yet with just under seven weeks to go until the show, he seems to be ready to bring the type of physique on stage that his supporters were truly hoping for.

When he made his pro debut 2018, Vissers was considered by many to be a prospect worth taking seriously in the Classic Physique ranks. However a somewhat underwhelming 14th place score at that same year’s Olympia left those supporters questioning their choice, as he still had a lot of room to grow and improve. This was again the case the following year when he was unable to even make it into the top five of the 2019 Arnold Classic.

Despite his slow start, Wesley Vissers has been working hard to prepare for his return to the Olympia stage this December. With seven weeks to go until the show, he has shared some physique updates to Instagram, showing the results of his training. As he discusses coming back from becoming a new father, it is clear that he has been grinding to improve on the areas his physique was lacking.

“It just feels great when everything is clicking. Despite going through a life altering experience being a father, this prep seems to be going really well. It’s true that bodybuilding at the highest level can be selfish at times.. or most of the time 👀.. but now I’m not doing this just for myself anymore. I’m getting the job done for my family. And getting the steps in, training as intense as I can and following the meal plan all seem much more simple when it’s for someone else too. Let’s get it done. 7 weeks to go to bring my best shape yet. Stay Golden.”

The reason there was so much hype behind this young man at the start of his career, was because Vissers seems to have the quintessential frame of a Classic Physique competitor. These attributes have become more amplified as his Olympia prep has heated up. Things seem to be coming together in a way that show his determination.

..even though I was cold.

There have been a lot of fair criticisms of Wesley Vissers early in his career, but he seems to have worked on those concerns ahead of this prep. With Classic Physique being as exciting as it is this year, it will be interesting to see where he and his “Vintage Genetics” take him at the 2020 Mr. Olympia. Either way, it is good to see him making these types of adjustments and it reminds us why he was worth paying attention to from the start.

Barbells vs. Dumbbells: Which is Best?