William Bonac Breaks Down His Plans To Beat Mr. Olympia Brandon Curry And Returning Phil Heath At The 2020 Olympia 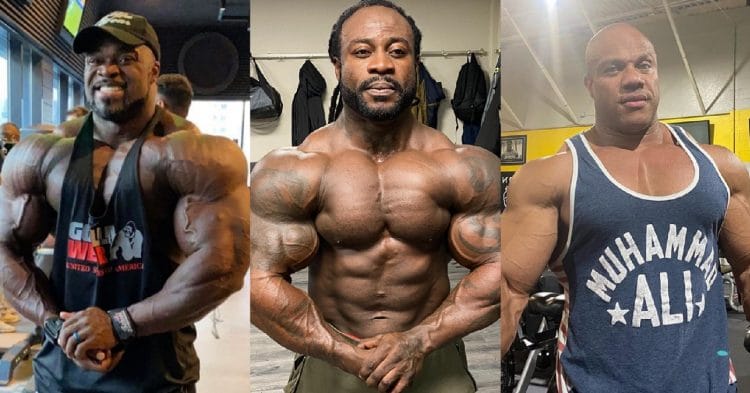 Heading into the 2020 Mr. Olympia, most of the conversation has been about defending champ Brandon Curry and the returning Phil Heath. However William Bonac wants to make sure that he is being remembered in this conversation too.

Over the last several years, Bonac has seemed to come into his own as a legitimate threat to the Olympia throne. While he has yet to win at the big show, he was the runner-up in 2019 and had great performances in the years prior. In spite of having a public break-up of sorts with his coach Neil Hill, he seems to be continuing to improve, getting better at every turn.  This makes his appearance at the 2020 Olympia one that is exciting to see, but still seems to be somewhat overlooked.

A big reason why William Bonac is being somewhat looked past heading into the Olympia is because of the return of bodybuilding legend Phil Heath, for one more shot at the Olympia title. Therefore a lot of the talk has been between he and current Mr. Olympia Brandon Curry, with fans speculating which one will come out on top. Speaking in a recent interview, William make it clear that he is still gunning for the top position no matter who else is there, and that if he can stay calm and focus on himself he thinks he will be able to get it done.

“With Phil, I always try to not play other people’s game,” Bonac explained. “So with Phil, it’s like if I play my own game, and they see that and it’s like ‘Oh William brought his game,’ then they will play my game. I want them to play my game. I can’t play with Phil’s game, I can’t play with Brandon’s game. At this moment I know what I need to do to get in position to be close to Phil, and be between Phil and Brandon.

“I know (Phil’s) a dangerous threat coming to the O, and Brandon as well,” Bonac continued. “Brandon is Mr. O and he wants to keep his title. He wants to shut up the critics as well so he will do anything to keep his title and I know that. But with me, I know if I’m calm and I don’t stress and I just keep on doing my thing every day I’ll be good. That’s my strongest point. Just stay calm. Even with Phil coming, I believe I can win this Mr. O.”

If William Bonac hopes to win the 2020 Mr. Olympia, he has a bit of tough competition ahead of him. In terms of his mentality, he seems focused and ready to go. It will just be a matter of how he looks when he steps on stage this December.