Chris Bumstead Addresses Beef With Logan Franklin Ahead Of Showdown At 2020 Mr. Olympia 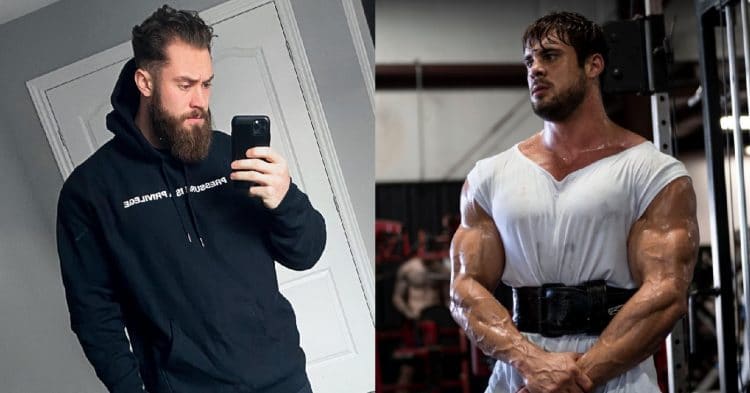 Heading into the 2020 Mr. Olympia, Chris Bumstead has been dealing with a couple of different beefs with other athletes. However he wants to make sure that Logan Franklin knows that he is not intimated by the trash talk.

As the winner of the Classic Physique Olympia, it is natural that Bumstead has a target on his back heading into this year’s competition. Yet what may have been unexpected was the fact that he has two prominent athletes calling him out. Breon Ansley, the man that Chris beat to capture the Classic Physique Olympia throne, has been going back and forth with him, essentially since last year’s controversial decision. Then former Men’s Physique athlete Logan Franklin has been guns blazing against Chris since he decided to move into the division, with the two going back and forth on social media, even resulting in other bodybuilders coming to Chris’s defense.

Typically Chris Bumstead is the type of guy who tries not to engage in these beefs with people, but sometimes it is made impossible to avoid. That being said, even when he does fire back it is not in a way that he takes too seriously. Speaking recently in an interview, he explained what the beef with Logan Franklin is like, and gave his thoughts on how the whole thing transpired.

“I definetly find it funny,” Bumstead said. “Everytime I go on my phone and I see ‘Logan Franklin commented on your post’ it’s like here we go. I’m just ready for whatever comes in, whether it’s Breon or f–king anyone. Every year it’s always someone new that everyone is saying is nipping at your heels. At this point, once there’s been four or five, you’re just like ‘Maybe this one person will be but I can’t think about it every time so f–k it.’

“I’ve just never really been bothered by people trying to poke fun or get a rise out of me, because I know they’re trying to get a rise out of me,” Bumstead continued. “Logan commented on my post the other day and I replied back once and then I just left it. Then there was a feed of 140 comments, Iain (Valliere) was in there, Logan was in there, the fans were just tearing Logan apart. Logan’s like ‘It’s just a joke guys,’ kind of fighting back. I’m looking at that and I’m just like ‘I got to you, they got to you, I’m in your head, you’re stressed out, you wish you didn’t comment,’ and the next thing I know the comment’s been deleted.”

With that said, Chris Bumstead makes it clear that he thinks it’s smart for Logan Franklin to be getting his name out there by being so vocal. At the end of the day though, Chris is focused on himself and going into the Olympia at his best. One thing is for sure, this is one of the most exciting years in recent memory, when it comes to the Classic Physique Olympia.