Will Barotti Bench Presses 1,105lb, Which Is The Heaviest Ever Recorded 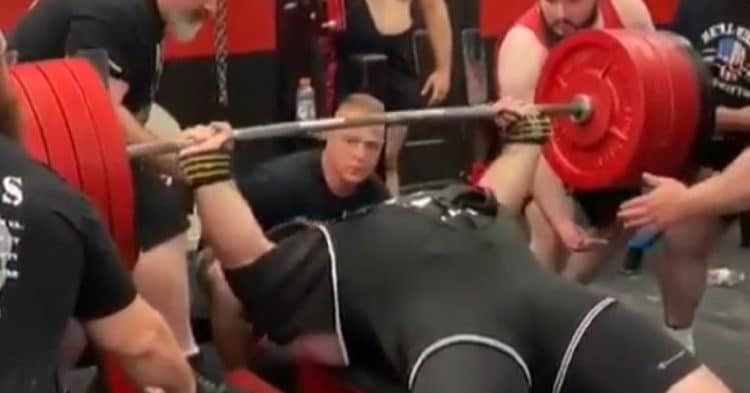 For nearly a decade, the accolade of the heaviest bench press ever scored went to Tiny Meeker. Now it seems that bench pressing sensation Will Barotti has surpassed this achievement.

35-year old Barotti has made an impression from the start of his career, in 2012. Immediately he turned heads with his bench press skills, and what he refers to as freakish natural strength. There was no questioning that he was going to do some pretty incredible things, but nobody knew quite how far his bench skills would take him.

It seems we got to see the full extent of his abilities, when Will Barotti took to the MM Power Wars, in New York about a week ago. He competed in the Open division, doing bench only. As this video posted to Instagram shows, he managed to press an unfathomable 1105lb (501.2kg).

There are a lot of reasons why this bench press from Barotti is so impressive. Obviously the sheer weight is mind blowing, but it is the heaviest bench press ever completed. The previous equipped record was held by Tiny Meeker, who pressed 1102lb back in 2013. It should be noted that some official records do not note this as his official record, but you can check out the video of the lift below.

It can not be overstated that both of these lifts are simply unbelievable. However the fact that Barotti was able to surpass the previous record by 5lb is superb. He seems to have finally reached the levels that people who have been watching his career thought that he would.

Of course, with it being equipped, some may take some credit away from this accomplishment. Although there is no denying that what Will Barotti did was otherworldly. He is a bench pressing machine, and his strength is honestly second to none.