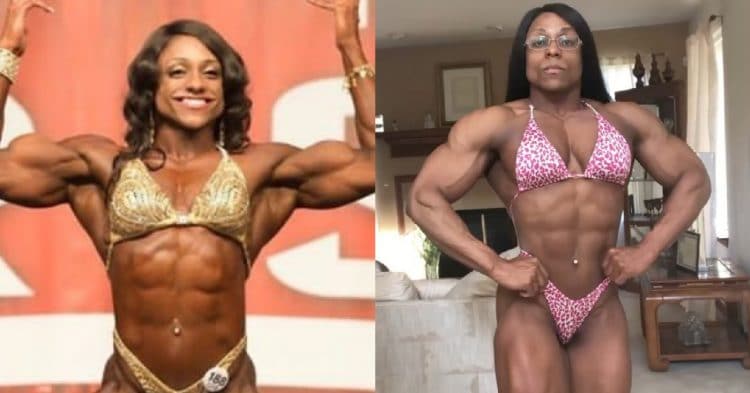 With the Omaha Pro show just under three weeks away, Andrea Shaw has been working hard to prepare for this contest. A recent physique update shows the product of this work in the gym.

As the return of the Ms. Olympia contest is imminent, there has been a boom of excitement among female bodybuilders. These impressive ladies have been able to display their talents in various Wings of Strength events, but something about this big show is sure to bring the fire out of these competitors. In fact, we have been able to see this already, with some crazy physiques revealed by some of the best female bodybuilders in the world.

One such example of this comes from Andrea Shaw. Considered to be something of an ambassador for the sport, Andrea has had a career that has spanned over a decade, and she has been on stage for some of the biggest shows ever. Her most notable performance came at the 2018 Nationals, where she landed in the second place position. However she is set to return at the upcoming Omaha Pro, and as her Instagram shows, three weeks out from this show, she is looking beefed up.

It seems that everything is coming together for Shaw, who has really been putting in solid work in the gym. Her symmetry is near perfect, and she had some serious roundness in her shoulders. Even compared to the way she was a week earlier, you can see she has been making progress.

Honestly all of these results is a direct result of the intense training that she has been doing while in prep for this meet. About a month out, Andrea began to work on her cardio, as typical for a bodybuilder. That being said, the results of this work are written all over her physique.

As Andrea Shaw is putting the finishing touches on her package for the Omaha Pro, she seems focused and motivated. This will be her first show since September of last year, and she looks ready to go. It will be interesting to see how she performs in three week’s time, when she takes the stage.