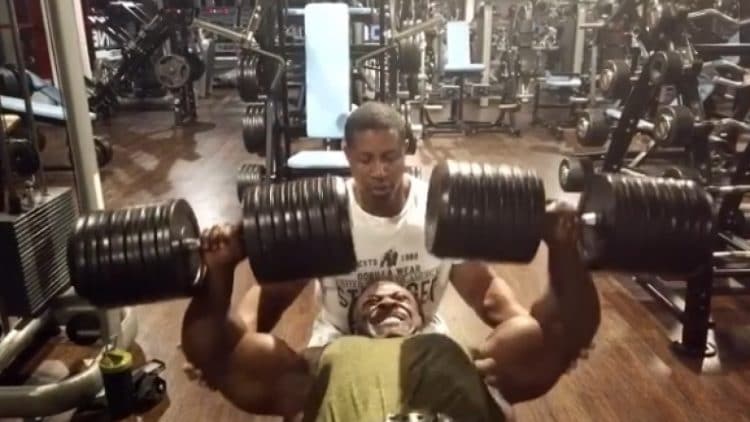 William Bonac is looking to get back to action at the 2020 Arnold Classic. Ahead of that contest, he has been putting in serious work in the gym, and looks massive.

Bonac is one of the best bodybuilders in the world today. Winner of the Arnold Classic, and 2019 Mr. Olympia runner-up, he is a beast of a man. He is regarded as a bodybuilder with a ton of talent and potential, who can beat just about anyone on a given day.

Bonac is looking to get his second win at the Arnold Classic, when he takes the stage next March. He won the contest in 2018, before coming in second this year, to a surging Brandon Curry. This time around, he is looking to get back on track, and beat out the other high profile competitors who go against him.

Ahead of the event, William Bonac has been doing some hard work in the gym. In a pair of recent videos to his Instagram, William is seen throwing around some serious weight. In one video, he can be seen with some massive dumbbell presses, while the other features him doing some shoulder presses. However they both have one thing in common – Bonac looks like an absolute beast.

Bonac recently had a dispute that saw him leave his longtime coach. Nevertheless, that did not seem to effect his Olympia performance, and it does not seem to be bothering him here. He looks as gigantic as ever, and ready to make a big impression at the 2020 Arnold Classic.

William Bonac will be competing at the event, which goes down on March 7th, in Columbus, Ohio. It will feature some of the best bodybuilders in the world, many of them looking to start the year off with a bang. Seeing how he looks against those guys will set the tone for the way the rest of 2020 will unfold.