See the Tweets from Neil Hill, William, Bonac, Kai Greene, and Phil Heath regarding the Olympia! 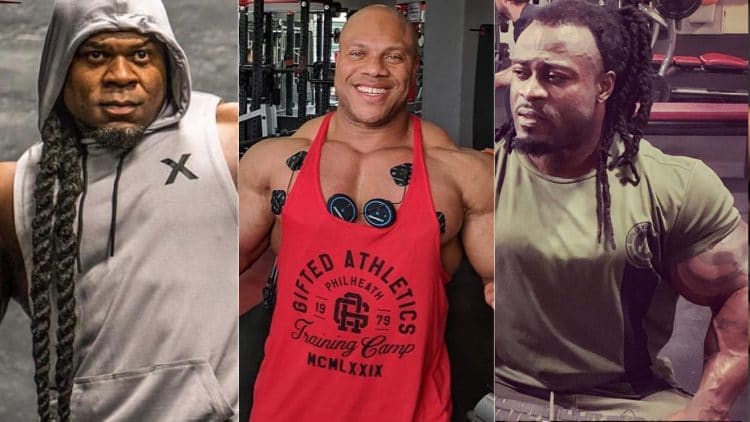 So, the series of Tweets began with William Bonac’s coach Neil “Yoda” Hill saying that Bonac and Phil Heath were the most complete bodybuilders in the Open division.

Hill wrote… “I’m saying this very clearly. I truly believe @william_Bonac Will Win the @mrolympiallc this year. Why because between him and Phil Heath they are the most complete, refined bodybuilders in the open division currently. You simply can’t argue with that.”

On another conversation between Kai Greene and Phil Heath, Greene responded to a post from the 7x Mr. Olympia saying…

“BY THE WAY, I am steeling everything that you just posted. I am going to take your forearms and delts, then I will find Phil Heath and …”

Well, Bonac Tweeted back saying he gave Greene his blessing and joked competition was getting a little boring without him and 7x Mr. Olympia Phil Heath.

“You got my blessing brother we the fans miss you and the champ @philheath COMEBACK please shit is getting boring out here.”

So, Heath learned of these Tweets and replied to Bonac… “It is getting a little boring, isn’t it?”

But, the chance of both athletes competing again this year doesn’t seem likely. Kai Greene fell to Phil Heath three times (2012, 2013, 2014) and it seemed like he just threw in the towel. However, he’s still a top talent and would undoubtedly place in at least the top 6 if he came back strong.

But, Phil Heath is probably still feeling the effects of his loss to Shawn Rhoden at last year’s Mr. Olympia competition. However, besides his distended stomach most would agree he was in amazing shape with the “bubble gut” being the only thing which threw him off.

So, this could just be some playful banter and actually not mean anything but we’ve got to wonder if both athletes will ever step back on stage again.