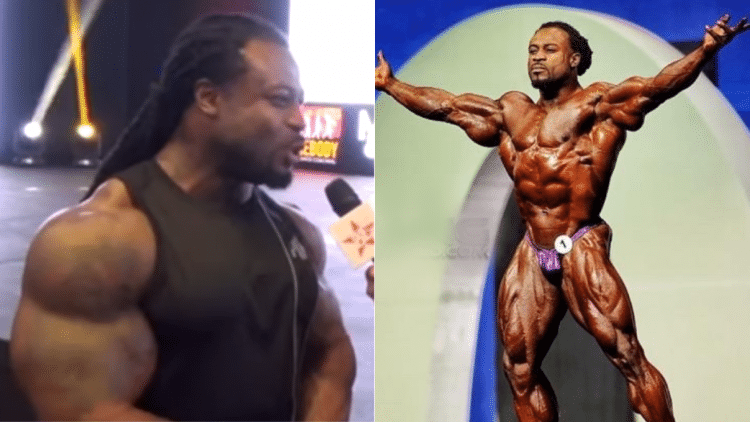 William Bonac scored second place in 2019, Mr. Olympia. However, according to him, that was a surprise because he had some serious injuries leading to the event.

Bonac was one of the favorites heading into the Olympia competition this year. While he did not end up with the win, he would earn second place, which is still respectable. Furthermore, he went on to do a guest posing at the Monterrey Pro, a few weeks after the show. Here, he looked very impressive, maybe even better than at the Olympia.

Apparently there is a good reason for William Bonac to look better. Following his guest posing, he did an interview where he talked about why he was there. He explained that he just wanted to visit the region, and decided to pose. He was then asked about what his competition schedule for 2020 might look like.

“Next year, it depends. Probably we are going to do two shows if my…I got a little injury in my legs, and I had a hernia like four weeks out, but I don’t talk about this stuff. That’s why I was surprised that I even managed to get a second place. Two weeks prior, I couldn’t walk, I couldn’t sit. I barely could do my training, so I guess I shrinked in. People thought I over diet. I didn’t over diet, I just had an injury and couldn’t train.”

Bonac then detailed more about the hernia.

“This one is in my back. It was spreading from my back to my legs. So it blocked my nerves, so there’s no blood going normal through my [legs, so one of them] is dead. I can’t feel it.”

Bonac goes on to explain that after Olympia he tried to do some workouts with his legs. However, it was hard to gauge the intensity, without feeling in the leg. Additionally, he explained that this was why his legs were not symmetrical during the competition.

As for 2020, William Bonac says that he may compete twice. He is looking to compete at the Arnold Classic next year. On the other hand, if he is not healed up, he says he will wait for the 2020 Olympia, as he is already qualified.

6 Ways To Boost Your Bench Press