82-yo Powerlifter Willie Murphy Beats Up Intruder Breaking Into Home 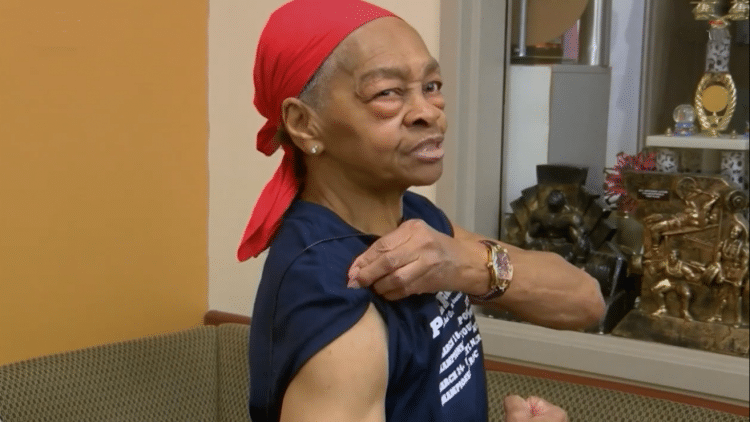 Willie Murphy was the talk of the town recently, after an amazing feat of courage. The 82-year-old managed to stop an intruder, who was breaking into her house.

Murphy is a grandmother, living in Rochester, New York. In addition to that, she is also an award-winning powerlifter, who spends a lot of time training at the local YMCA. However, this helped her in an unexpected way, on Thursday night.

According to a report from CNN, Murphy was in her home on November 21st, when her night was disturbed by a man at her door. He was banging on her door, telling her to call an ambulance. Instead, however, Murphy called the police, doubting his true intentions. This upset the man, who burst through the door in anger.

“It’s kind of semi-dark and I’m alone, and I’m old. But guess what, I’m tough. He picked the wrong house to break into.”

Nevertheless, she was not scared.

Willie Murphy chose to fight back against the intruder. The powerful woman showed a huge amount of bravery, picking up a table, and hitting the man with it. Willie, who has lifted as much as a 345lb total, managed to break the table, smashing it on the intruder.

“I took that table and I went to working on him. And guess what? The table broke.”

Subsequently, Murphy began beating him with the legs of the table. Although the man tried to escape, she squirted him in the eyes with baby soap, and hit him with a broom. Subsequently, she jumped up and down on top of him. It was at this point that the police arrive, responding to her original call. They detained the man, and he was removed in an ambulance, and sent to the hospital.

Willie Murphy is very proud of her achievement, as she should be. It is impressive to see someone of such an age, protect herself from an intruder. Moreover, she was greeted with a huge reception at the YMCA the next day.

Powerlifting sensation Ray Williams is accustomed to breaking the internet with his massive lifts. Once again, the behemoth returned to...

When it comes to powerlifting, few can match the raw strength of Julius Maddox. The 34-year-old American recently took to...

French powerlifter Tiffany Chapon recently executed 153.5kg (338.4lbs) raw squat in the gym. 20-year-old Chapon is one of the fastest...

John Haack continues to show why he's such a dominant figure in powerlifting today. Once again, the all-time record holder...