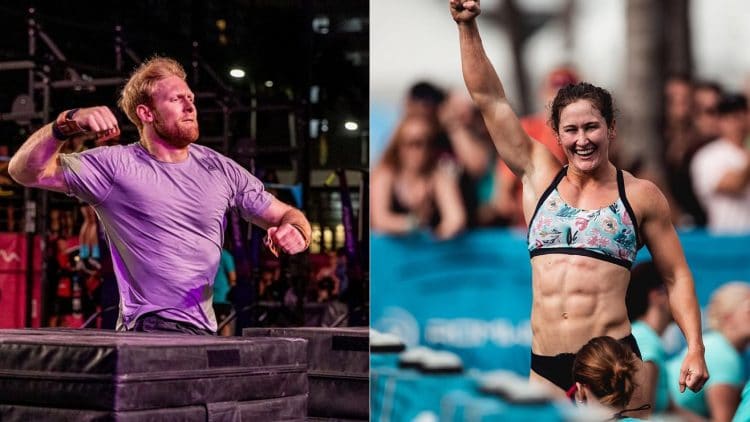 Wodapalooza 2020 went down over the weekend and was exciting from start to finish. This is the final result of the weekend’s event, and who will end up with an invitation to the 2020 CrossFit Games.

Wodapalooza is one of the biggest events of the CrossFit Sanctional season. Athletes from around the globe gather to push themselves, in an attempt to earn a shot at the CrossFit Games, later this year. Coming from Miami, Florida, the past weekend saw some incredible action, but only one man, one woman, and one team would end up walking away on top.

Over four days of competition, things were extremely close in all the divisions at Wodapalooza. In particular, the back-and-forth between Tia-Clair Toomey and Sara Sigmundsdottir had the entire community waiting with baited breath, to see who would end on top. Ultimately, this is how things would wind up:

Things were quite close for the men, heading into the final day of Wodapalooza. Through the first workout of the day, Pat Vellner was able to secure his second win of the competition, but Cole Sager was still ahead on points. In the final event, Vellner would get another win, finishing the Celebrate Life event just a few seconds before Sager, leading to a tie score. However, due to the fact that Vellner had won more events throughout the weekend, he would end up with the win here, securing his second straight victory at Wodapalooza.

All three of the top men were already qualified for the Games, so the invitation goes to Saxon Panchik who finished fourth.

For the women’s side of Wodapalooza, things were not as close as they seemed at the start of the competition. Tia-Clair Toomey won the first event of the day, stretching her lead over Sara Sigmundsdottir. Although the final event would see these two ladies neck and neck for much of it, Toomey would ultimately end up finishing on top, securing her second Wodapalooza victory.

However, the invite to the Games goes to tenth place finisher Emily Rolfe, as she is the first person down the line, who was not already qualified.

When it comes to team competition, things were as close as could be at Wodapalooza. The first workout saw Team Mayhem Freedom with the victory, maintaining their top spot on the leaderboards. On the other hand, things were not easy for them, as Team GoWod would best them by ten seconds in the final competition. Nevertheless, a two-point lead would see Mayhem Freedom victorious here.

As Team Mayhem Freedom is already qualified for the CrossFit Games, their invitation would go to Team GoWod. However, reports seem to indicate that both they, and Team Wit would turn down the invitation. In that case, it would go to fourth place Mayhem Independence.

All in all, Wodapalooza 2020 delivered in every way possible, with intense action all the way through. Congratulations to the winners of the contest, as well as those who will end up with invitations to the CrossFit Games.