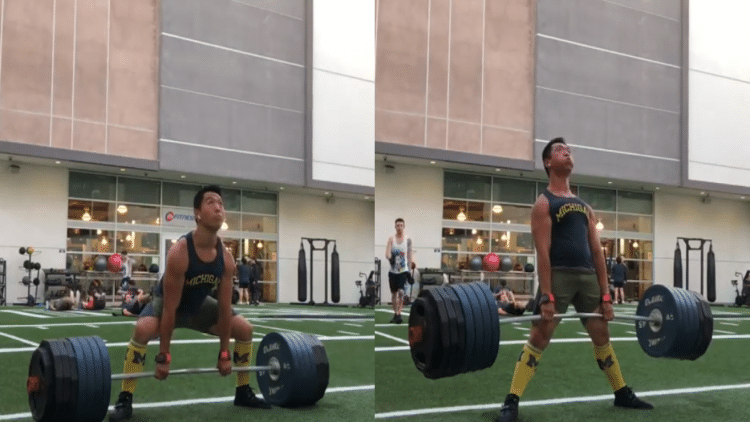 Yangsu Ren last competed at the 2018 USAPL Raw Nationals, where he finished in seventh place. However, since then, the “Deadlift Panda” has made some gigantic improvements.

Ren, who competes in the 83kg weight class, was unable to complete his 733lb deadlift, last year. It was his 716.5 pull that earned him his seventh place spot. However, he has made it clear that he has improved immensely since that event.

In a video posted to Instagram, you can see Ren no belt deadlift 745lb for a triple. This is an incredible accomplishment, considering his performance last year, alone. Yet, if you consider the fact that the American record for deadlifts in his weight class, is only 4.5lb more than that, it becomes even more impressive. Not to mention, how casually he seems to do it.

Check out the video!

What an unbelievable accomplishment by Yangsu Ren. His ability to improve in such a short amount of time is top level. Additionally, the lift itself is something to be impressed with.

To put more context to Ren’s amazing lift, the official record for IPF classic deadlift is set at 719.8lb. Subsequently, Ren was able to lift more than 25lbs over the official record! What an outstanding job from the “Deadlift Panda.”

Yangsu Ren has not expressed when he will be competing next. No matter where it is, there is little doubt that he will break some records. He is already well on is way to powerlifting greatness. Time will tell just how far this athlete will go in the super stacked 83kg division.