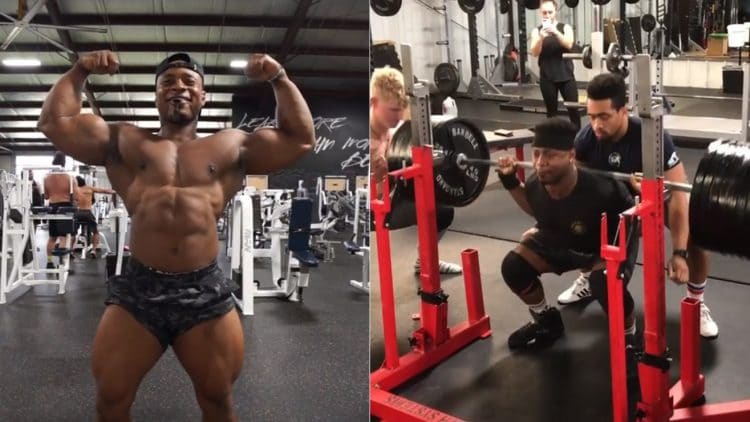 The lifts keep on getting more impressive!

If you thought powerlifters were getting even stronger these days, well… you were right. Russel Orhii set a new PR of 317.5kg/700 pounds in the squat and everyone in the strength community took notice. His latest video shows his monstrous squat and what’s even more impressive is that it unofficially surpassed the IPF Open Classic 83kg record performance by 12.5kg.

“700lbs/317.5kg There’s not much to say tbh. At the start of 2018 I planned to hit a 700lb squat by the end of the year and I did it right before New Years. I have new goals going forward and I have no doubts that I’ll reach them. The journey continues…”

Orhii has been talking about hitting 700 pounds on the internet and he didn’t disappoint his fans because that’s exactly what he did.

At the IPF Powerlifting Championships back in June 2018, Orhii set a short-lived squat world record with a 298.5kg/658 lb squat, however, it was quickly overtaken by Brett Gibbs who hit literally one pound more at 299kg/659lbs.

At the USAPL Raw Nationals meet in October 2018, Orhii took home first place with an unofficial world record squat of 301kg/662lbs. This was the heaviest squat attempt of all 83kg competitors. He failed his third and final attempt of 308kg/679 lbs but nonetheless, his performance was incredible.

What will 2019 bring for Russell Orhii? Well, hopefully, he will be the one to “bring it” and set some pretty freaking impressive records… we hope so!

Powerlifter Russel Orhii is continuing to make waves by breaking records on a regular basis. He is mostly known for...