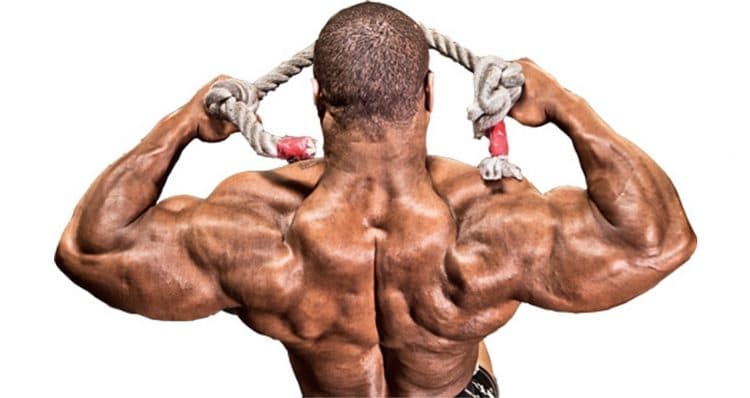 The Rear Deltoids are undoubtedly the most neglected of the three heads which make up the shoulder muscles.

Well, since we can’t see them and there is not always enough focus in this muscle group, they’re often “forgotten”. But sometimes, people just think they’re too insignificant to train…

And another reason is that many assume the rear delts get worked plenty during back training and shoulder presses. And they definitely do… but not nearly as much as these exercises target the anterior and lateral shoulder heads.

Research shows that a focus on rear deltoid specific exercises is more effective than compound movements like the shoulder press, push-up, etc. (1)

So if you want a muscle to be fully developed and functional, training it directly is highly recommended. So, we’ve compiled some effective rear delt exercises and now there’s no excuse for you to skip them on shoulder day!

Exercises which require external rotation (Hyperextension) of the shoulders are the most beneficial for stimulating the rear deltoids.

And we’ve listed exercises which maximize this function.

These exercises isolate the rear deltoids very effectively because they are specific to the head of the muscle.

We’ll show you a variety to achieve maximum muscle activation with exercise instructions and tips.

“You have to target the shoulder with more than one exercise, and you have to be aware which area of the deltoid each exercise is targeting,” said Samantha Sweeney, M.S., and lead researcher for the Clinical Exercise Physiology program at the University of Wisconsin—LaCrosse. 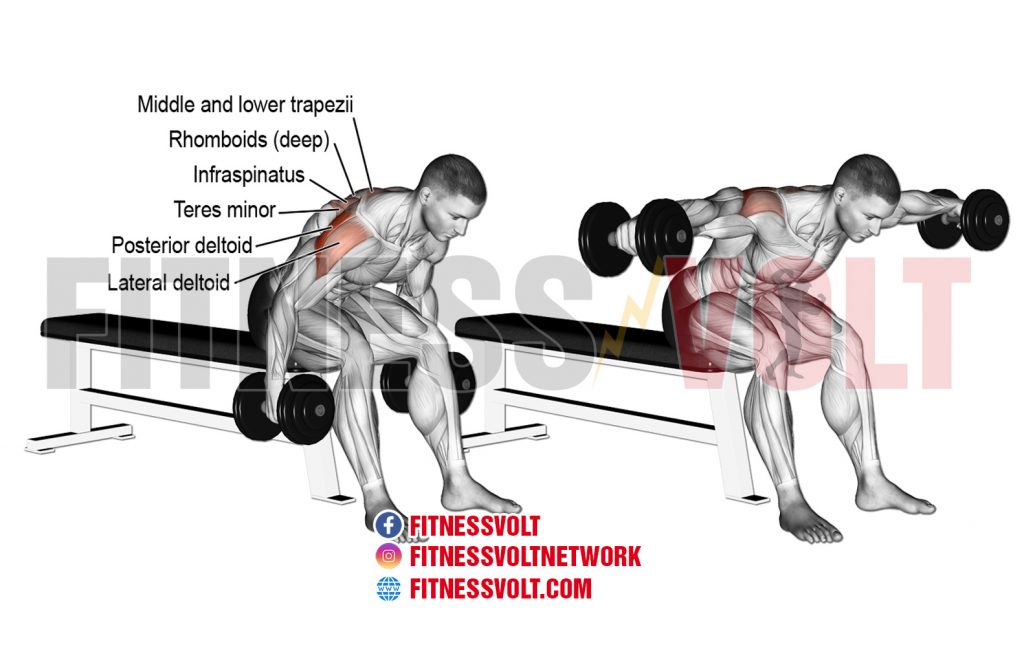 One study by Ace research showed the seated rear delt raise to be among the most effective exercises based on EMG (Electromyography) testing. (2)

John P. Porcari, Ph.D., head of the Clinical Exercise Physiology program at the University of Wisconsin—LaCrosse, favors the seated lateral raise compared to other exercises,

“I like the seated rear lateral raise just because it’s easier”.

The previously mentioned Ace study concluded that the 45-degree incline is on par with the seated rear delt raise for activating the posterior deltoids.

This variation will allow you to use more weight during the exercise which is excellent for overloading the muscles. And muscle overload = growth!

Cables are a great tool for keeping tension on the target muscle group and they allow you to move through a more natural range of movement than machines do. Standing during an exercise is also beneficial because you work core stabilizer muscles.

You can generally use heavier weight with these types of exercises as well which is very beneficial for muscle hypertrophy.

Face pulls are a great movement for working the upper posterior chain of muscles in general. It works the traps, rhomboids, and rear delts.

So, a lot of people love to use this exercise because it’s also a great accessory movement which helps improve your bigger lifts.

This variation is the same as the seated reverse fly but you’re standing in a bent-over position. Now, it’s important to make sure you’re not using a lot of momentum for this exercise unless the weight is really heavy.

But we recommend using a weight you can handle comfortably without compromising good form.

Ok, so you’ll need a little upper body strength for this one but not as much as a bodyweight pull-up requires. This exercise is different and it’s also called the Australian pull-up but it’ll torch your rear delts. Plus, your rhomboids (Upper back) will get worked along with your traps and biceps.

You’ll just need a Smith machine to do this exercise and no weight is required except for your own.

Unilateral (Affecting one side) training is beneficial for bringing up imbalances, improving core stabilization, injury prevention, and it has functional carryover to real-life activities. (3)

So, every effective training program should include unilateral movements.

And the single-arm cable reverse fly is an excellent exercise choice for training the rear delts.

The barbell row is arguably the best overall back exercise because it works every upper posterior chain muscle. But, the barbell rear delt row is a variation which focuses on the rear delts performing the exercise rather than back. 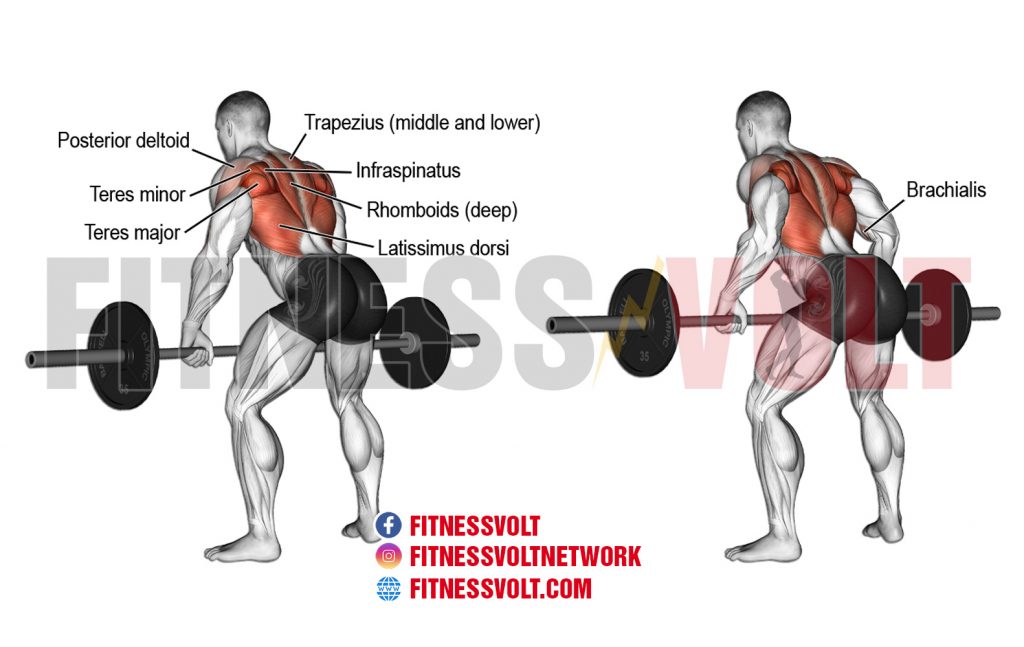 However, the back will still be engaged due to the nature of the movement.

Bands are a fantastic tool because tension is constantly placed on the target muscle.

And they make a great variation for the face pull which effectively works the upper posterior chain muscles as explained previously.

It’s hard to devise a workout that’ll work for everyone because there are a few factors to consider; like training frequency, and experience.

But, here’s an effective rear delt workout you should try…

The rear delts should get as much attention as the other two heads (Lateral and medial) which make up the deltoid muscles.

They’ll add dimension and mass to your frame but not without proper training and the right exercises. These specially chosen movements are perfect for your shoulder routine… so make sure to include them.

And for your training reference, each head of the shoulder requires its own specific training. We’ve learned that there’s no one best exercise for effective shoulder training.

But, it’s no secret the rear delts get ignored and so we hope you’ll divert your attention toward them a little more now!

Renowned bodybuilding coach Charles Glass routinely shares tips and knowledge to maximize results while working out. In a recent video...

And the award for the most-ignored muscle in bodybuilding goes to – the posterior deltoids! Out of sight and out...

The No-Press Deltoid Workout (For Lifters with Sore Shoulders)

If you want bigger shoulders, bodybuilding convention says that you need to include overhead presses in your workouts. Overhead presses...

The front deltoids accurately described as the anterior deltoids are muscles located at the front of the shoulder. They are...

The deltoid muscles are among the most-used muscles in your body. Think about it: every time you move your arms, your...