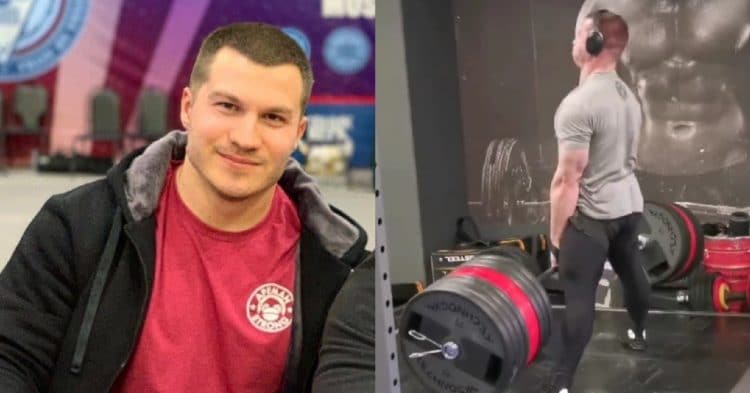 At just 29 years of age, Russian powerlifting sensation Yury Belkin has already long been a force to be reckoned with in the -110kg weight division. He proved that he is not going anywhere recently, with an incredible deadlift set.

For someone who has not even reached three decades on this Earth, Belkin has more experience in powerlifting than the majority of his peers. Having competed since a teenager, he has been able to use this knowledge and familiarity with the weights to break numerous world records. Most notably he took the 100kg division deadlift world record from Ed Cohen, which had remained in place for 26 years until that point. However he also has a multitude of records in both the 100kg and 110kg weight classes, including the squat record in the former, and total records for both divisions.

Recently Yury Belkin was back in action again, showing the world that he is still making some big gains in the training room. A post shared to his Instagram sees the Russian hitting a 992lb (450kg) deadlift without a belt. As crazy as that number is on its own, it gets even more wild when you factor in that he did this while weighing just 227lb (103kg), making this more than 4-times his bodyweight.

That was undoubtedly an impressive showing from Belkin, pulling the weight as well as he did. This was not his first attempt to move some heavy weight around in the last few weeks. Just a couple of weeks before this post, Yury shared another video of him trying to hitting a 1014lb (460kg) deadlift, while weighing 220lb (100kg). Unfortunately this session would not go as smoothly, as he would fail to pull the weight. So it is good to see him take things down a notch, but still putting up big numbers.

It goes without saying that Yury Belkin already commanded a ton of respect from the powerlifting community due to his immense skill and strength. Nonetheless it is impossible to deny that he is still working to improve and get better every time he is seen. It would appear that he is gunning to reach a 1000lb (453.6kg) deadlift goal, and after the type of work that he has shown in these recent training sessions, it seems quite possible that he will reach it soon.