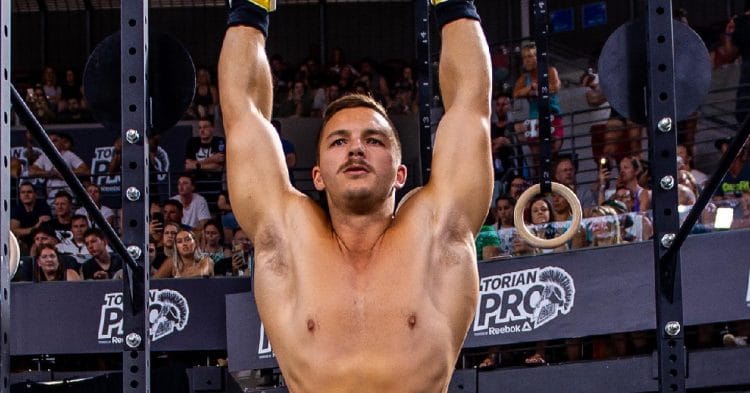 Zeke Grove was expected to earn his ticket to the CrossFit, at the Australian CrossFit Championships. However, he has now revealed that he will be unable to compete at the event.

Grove has competed in the CrossFit Games four times, who has finished as high as 11th place, competing with team X-Terminators. In addition to that, he has experience competing solo, where he has placed 30th in the Men’s Division. This year was his seventh competing in the CrossFit Open, where he landed in a lackluster 180th place. As a result, he is left looking for a new way to earn his way to this year’s Games.

It was expected that Grove would try to find this opportunity at the Australian CrossFit Championships. This event, which takes place at the Gold Coast Exhibition Centre, in Queensland, Australia this weekend, is the ninth in the 2020 Sanctional season. As such, athletes from around the world would gather to compete from March 5-8, for a chance to earn an invitation to the CrossFit Games.

However, Zeke Grove revealed in an Instagram post that he will be unable to compete. Although he did not specify a reason, he did say that his body was not allowing him to attend. This is dissatisfying, considering he made the call less than 24 hours before the event starts.

“Unfortunately there will be no @auscrossfitchamp for me this year! I’m gutted to miss out on another shot at getting back to the @crossfitgames but the body is not playing the game at the moment. Fortunately with the new format there will be more opportunities to punch that ticket in the coming months with @downundercrossfitchampionship not too far away, I will be busting my ass to get back to where I need to be. Goodluck to all the Aussie men and women this weekend let’s keep that ticket at home ;)”

This clearly could not have been an easy decision for Grove to make, as he seems truly devastated. Luckily, he does say that he should be back in time for the Down Under CrossFit Championships, later this year. Hopefully whatever issues are going on will be fully resolved by then.

Whatever is going on, FitnessVolt wishes Zeke Grove a speedy recovery. The Australian CrossFit Championships will not be the same without him.