Arnold Schwarzenegger confused as to why the Arnold Classic Expo was canceled and not other sporting events in Ohio. 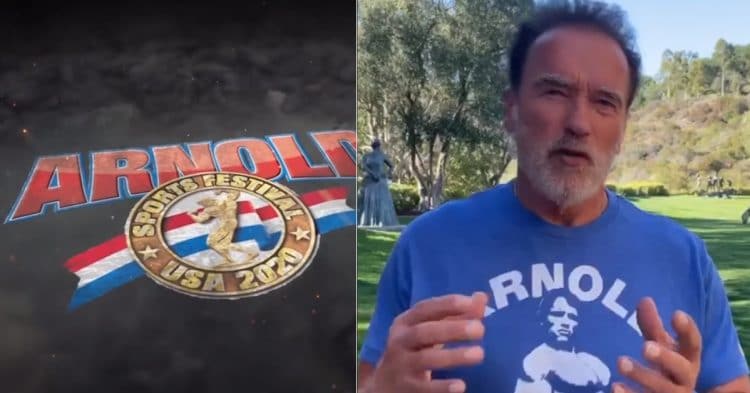 The Arnold Classic is one of the biggest multi-sport events in the world, bringing in roughly $55 million to the Columbus economy. And fans wait all year long to attend the big Expo and fitness competitions. However, we recently learned that due to the highly concerning Coronavirus, the Expo was canceled. And now, fans are only allowed to attend the finals for the sporting events this Friday and Saturday night.

Just a few days ago, the event was scheduled to continue as usual although it was announced that all athletes would be screened upon check-in and organizers were taking additional precautionary measures to ensure everyone’s safety.

But this is some unfortunate news as this year was expected to bring in over 250,000 to the trade show this weekend. After learning of the new plans for the event, Schwarzenegger expressed his disappointment in a Tweet explaining that the decision was made after discussions with Governor Mike DeWine, Mayor Ginther, and the CDC (Center for Disease Control).

But he wanted it to be known that the event organizers will always put the fans’ health first.

It’s a sad day for me and everyone at the @ArnoldSports team. But we will always put our fans’ health first. After discussions with @GovMikeDeWine, @MayorGinther, and the CDC, we will be postponing the expo because we can’t risk bringing 250,000 people together with #COVID19. pic.twitter.com/Fuzcmapxiy

Although the former 7x Mr. Olympia and California Governor was definitely upset that the Expo was canceled, although other big sporting events in Ohio were still scheduled to continue as normal.  So he wrote a letter (courtesy of TMZ) to Governor DeWine and Mayor Ginther in an effort to try and understand the reason for the decision.

“This morning, with the chanced to research more, we realized that other events in Ohio have been allowed to continue without limitations on attendees, explained Schwarzenegger.”

He noted that March Madness games in addition to the Cleveland Cavaliers and Columbus Blue Jackets games will continue with 20,000 fans in attendance.

But as of now, the event will still continue with fans being allowed to attend the Friday and Saturday night events for fitness and Strongman competitions.

We’ll be sure to update during the weekend of events.

A Comprehensive Guide For Bodybuilding Diets

One of the biggest shows in bodybuilding is set to make its return. After doubts about whether or not it...

There have been a few contests postponed and delayed already, due to the constant uncertainty of the global pandemic. The...

On Friday 08, organizers for the 2021 Arnold Sports Festival stated the event would not be canceled this year but...

The condition around the world has been getting worse again, as restrictions begin to tighten. This has led to the...