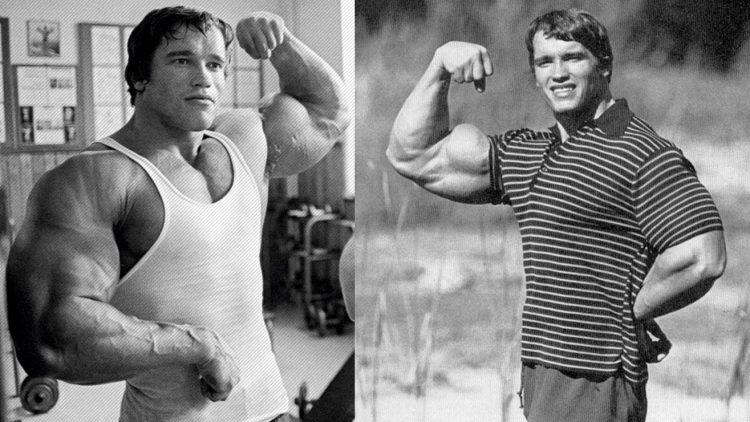 Arnold: Even to this day, I’m often asked about my arms. Although they still look pretty decent for a guy my age (which is to say, very young), people are endlessly fascinated with how I built my arms to 22″ when I was competing. More specifically, they want to know how I built such peaked biceps.

Arnold Throughout The Years

The fact is, every bodybuilder wants peaked biceps, but the shape of one’s biceps is largely a matter of genetics. Everyone is born with a different set of genes, including those that determine muscle size and shape. I was fortunate to be born with good muscle shape and fullness, particularly in my biceps. Even when I was a teenager, my biceps were a strong point and I found that they were very responsive to almost anything I did for them. But what is most important is that you work to maximize your own potential.

I performed a ton of barbell cheat curls to bulk up my biceps. As I progressed, I realized that bodybuilding was about more than just slapping muscle onto one’s body. 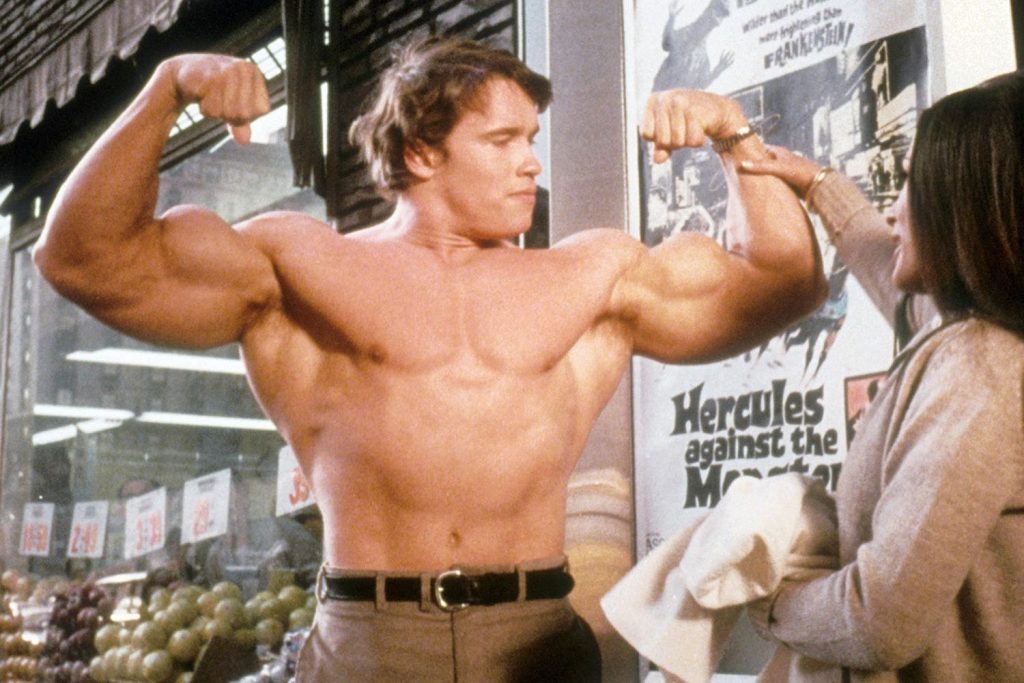 I needed to sculpt my muscles the same way that an artist molds clay into a beautiful form. So I looked at how different exercises affected my muscles and started organizing my workouts according to my specific wants and needs. This type of “instinctive training” was the first key to developing the physique that won seven Olympia titles. 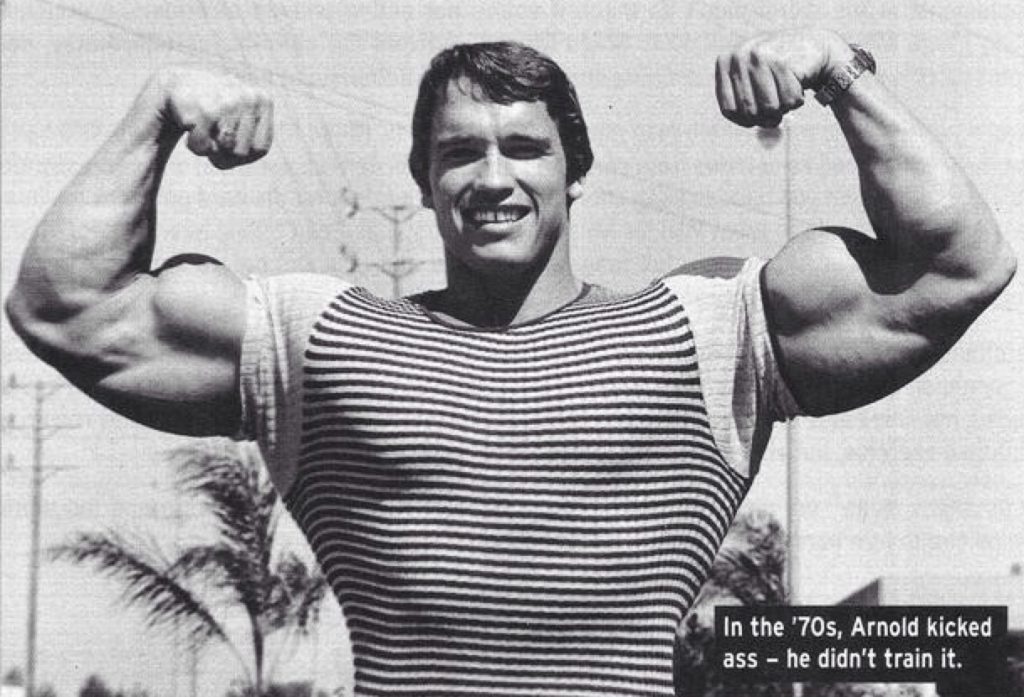 When it came to biceps, I saw that I had a natural propensity toward highly peaked biceps. So I made the decision to accentuate this strength by including dumbbell concentration curls in my routine. Concentration curls are the single best exercise for maximizing the biceps’ peak and they should definitely be included in your own biceps workout. 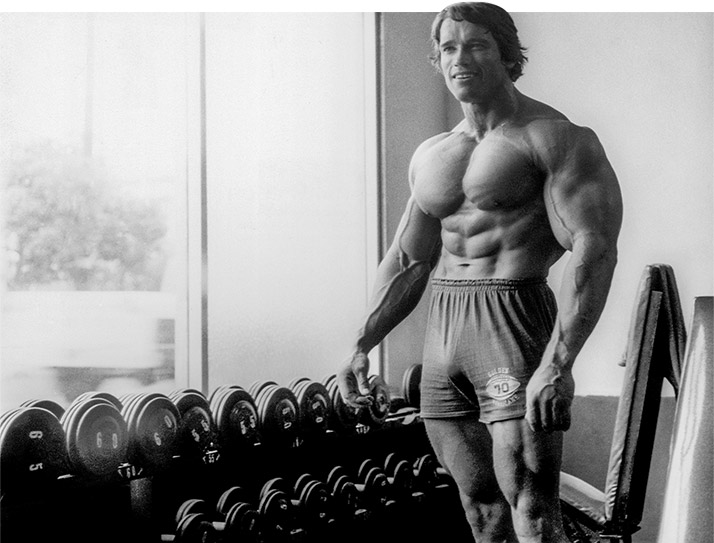 The exercise can be performed in a variety of ways, so which one you choose depends on your personal preference. The basic movement requires bending at the waist with a dumbbell held in one hand hanging below your shoulder. Without moving your upper arm, curl the dumbbell to your shoulder, squeeze the biceps hard at the top of the movement and lower it again in a smooth, controlled manner.

You can perform concentration curls either sitting on a bench or standing, with the working elbow braced against a knee or hanging loose. Personally, I prefer standing with my arm hanging free, but this is a technically advanced form of the exercise, so I’d recommend starting with your elbow against your knee. You may not be able to develop a peak like mine or you may be able to build an even better one. The only way you’ll know for sure is to maximize your potential–and there’s no better way to do so than by performing dumbbell concentration curls.

Failure Is Not An Option