Guy Cisternino: This is Why I Had To Pull Out Of NY Pro 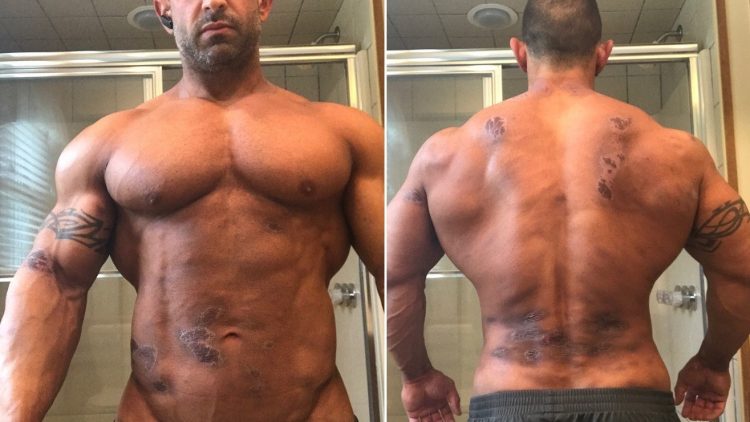 The IFBB New York Pro features some of the greatest athletic talent in a number of different categories. The 2017 edition of the New York Pro had a fantastic line-up fighting for the top prize.

One of the favorite ‘Guy Cisternino’ made it out in the beginning of the show, but unfortunately, he did not return to continue. 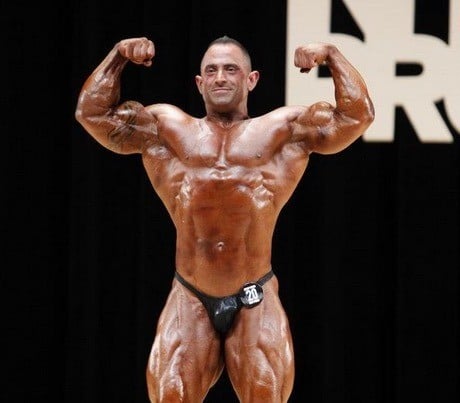 Recently on Instagram Cisternino explains that he was diagnosed with phototoxic reaction right before the competition. The reaction was caused by vitamin or antibiotic and exposure to a tanning booth before the contest.

“So finally I am posting and showing all pictures (9 of them total in order, just scroll to the left) showing what happened before NY pro. Everyone has been asking for updates and pictures. Well first off this past week I finally got a diagnosis it’s called phototoxic reaction. Basically what happened was I took a pill, vitamin, supplement, or anti biotic because I also had been sick in march and April on meds. So what happens is I ingested whatever pill or pills and then due to being in a tanning bed which we all do during prep, caused a chemical reaction in my body from the chemical compound to pretty much burn my skin from the inside out. Which is why the pain I experienced was unbearable and had to pull out of the show. The doctor told me Wednesday this was the worst case she’s ever seen and surprised I wasn’t in the hospital longer. But I am beyond blessed it’s not something worse and we got to the bottom of it after extensive testing. Thank you to all my friends, family and fans for being here and caring so much and kept inspecting me and giving me positive vibes while this went on. I appreciate you more than you know. For the shit talking people out there I’ve shut you all up once and you dam right I’m coming back to do it again! Like I said before you can knock me down 10 times but rest assure my ass will get up 11.”

It takes a lot of courage to reveal such personal images, and we sure hope Guy had a chance to fully recover!

Guy Cisternino was a close friend of Shawn Rhoden, and has been tearing into people for talking about him after...

A controversial figure in the sport, Shawn Ray recently did an interview, discussing what he believed caused the death of...