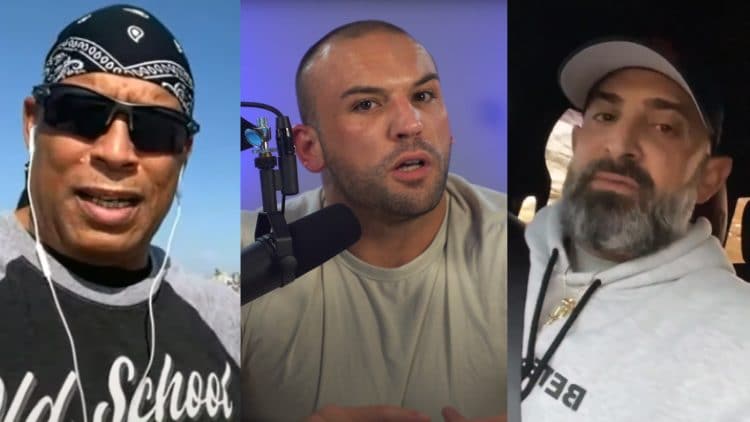 A controversial figure in the sport, Shawn Ray recently did an interview, discussing what he believed caused the death of Shawn Rhoden. This has angered a few people, perhaps none moreso than Guy Cisternino.

While he is sometimes a bit of a hothead, Cisternino is one of the more respected figures in bodybuilding, simply for his tendency to speak his mind and not hold back. He retired from competition earlier this year, but he still firmly has his finger on the pulse of what is going down within the sport, of course including the recent death of former Mr. Olympia Shawn Rhoden.

One of the things that came out of this tragic news, was an interview with Shawn Ray, who essentially said that it was Rhoden’s lifestyle choices, consistent use of steroids, and an alleged past history with drug abuse that led to his passing. Taking to his Instagram Stories, Guy absolutely tore into Ray for this interview, and while he did not specifically use Ray’s name, it was clear who he was talking about with his aggressive tone.

“For those that don’t know, there is an interview going around of a certain individual, and I’m not going to mention his name because the scum bag deserves zero, zero recognition or clout. This person is the lowest on the totem pole of people who knew Shawn (Rhoden), and had a relationship with Shawn. He had no business conducting an interview, and the things he said about Shawn were downright disrespectful and disgusting, and the person that posted it, in my opinion, should just take the video down because it’s that disgusting,” Cisternino said.

“You have now officially poked the wrong f—king bear, in the wrong f—king cage. So the next time, whether it is behind closed doors or in public in front of thousands of people, me and you are going to have words. Rest assured, if you want to avoid me, you will not because I will make sure that I have the final say at the end of the day.”

This video was reposted by Nick from Bodybuilding and Bullshit, who did a fantastic job of breaking down the apparently incorrect things that Shawn Ray said that would have made Guy Cisternino upset. He went piece by piece to explain why a lot of the things that Ray was saying about Rhoden were either misleading, or outright lies.

One of the biggest things that Nick took particular issue with, was the idea that Flexatron had drug problems in the past. Nick made it clear that, to the best of his knowledge, this was never the case, and that it was irresponsible for Ray to say.

“I can honestly say that Shawn Rhoden did not have a drug problem. I mean, if you want to consider steroids a drug then sure, but Shawn Rhoden was not abusing drugs. I’m flabbergasted that Shawn Ray would put that out there, on a channel that has this many views and likes and comments. That information’s private,” Nick said.

“Let’s just play devil’s advocate and say that Shawn Rhoden had the biggest drug problem out of anybody. Why the hell are you airing that out on this channel when he’s passed away just hours ago? Why are we even discussing this right now? How effed up do you have to be to put that information out there about someone that passed away. Shawn Ray, to be honest, was not even friends with Shawn Rhoden like that, confirmed.”

What do you make of this response from Nick and Guy Cisterninio? Do you think Shawn Ray crossed the line with the things he was saying about Shawn Rhoden?