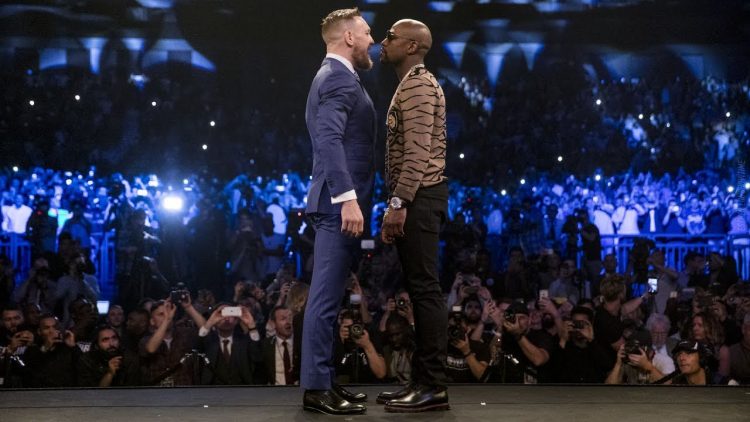 Conor McGregor and Floyd Mayweather went head to head for the final time this week at a fiery press conference at Wembley Arena in London.

The hugely partisan crowd was in favour of the Irishman with many of McGregor’s countrymen making the journey to the British capital.

Mayweather was constantly told to ‘sit down, shut up’ among other taunts as McGregor had the better of the exchanges ahead of the fight next month.

There was also controversy as the American aimed a homophobic slur at his rival amid the race row which has marred the press conferences over the course of the last few days.

Watch the above full video of the event!