WATCH: MMA Fight Ends After A Fighter Vomits In The Ring – Graphic Video 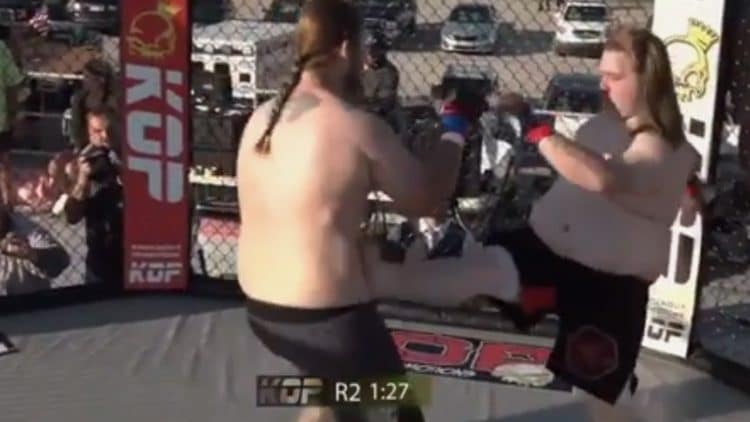 With the MMA world currently being consumed by the approaching Conor McGregor vs. Floyd Mayweather Jr. spectacle, there is some actual fighting going on.

Well, not quite. At KOP 57, a local MMA event in Muskegon, MI, the match was brought to a halt when a fighter began to vomit mid-round.

The fight was between Jesse Reasoner and Sean Needham. From the opening seconds of the clip, Reasoner is the more aggressive fighter and was forcing Needham back, until he was overcome with nausea. The ref quickly stopped the match after he saw what was happening.

Overall, it’s an unfortunate way for the fight to end.

Boost Strength: Confuse Your Muscles To Gain Size And Strength