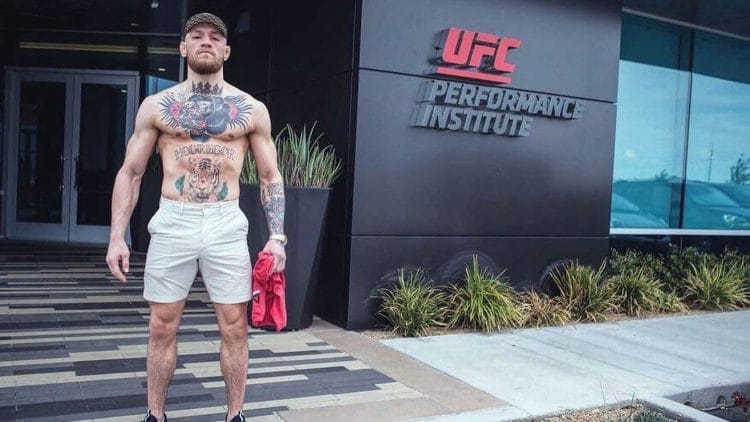 Conor McGregor has once again ramped up his grueling training regime ahead of his blockbuster showdown with Floyd Mayweather. With the Las Vegas bout little over a month away, McGregor has already begun to fine-tune his approach and take his preparation to the next level.

The Irishman has taken to the UFC Performance Institute this week to make the most of the state-of-the-art facilities, working alongside his team to achieve optimum results ahead of what is arguably going to be the biggest fight of all time.

McGregor began by delving into the altitude chamber, pushing his body to the limit in extreme conditions by giving it the ultimate aerobic test.

The 29-year-old then continued the fitness drive by heading to the underwater treadmill, using the resistance to gradually build up endurance.

McGregor made sure to document all of the progress by taking intermittent snaps along the way and uploading them to his personal Instagram account. It didn’t take long for the UFC titan to dive into what he knows best, unleashing his aggression on the pads and donning the gloves.

For an elite level athlete like McGregor, recovery is ultimately as important as any other aspect of training, and this isn’t lost on the Irishman.

McGregor has been recovering at incredibly low temperatures in the cryogenic tank, braving the sub zero conditions to aid and assist his muscles with rest and repair.

The camp of the Notorious have recently had to come out and deny claims their man was knocked out during a recent sparring session in preparation for the fight.

Former two-weight boxing champion Jessie Vargas had claimed in an interview that McGregor was floored by a sparring partner in training, believed to be MMA fighter, Bradley Wheeler.

However, McGregor’s management team say Vargas had been referring to lightweight boxer Brandon Rios, not Wheeler – and that neither has trained with the Dubliner.

McGregor will take on Mayweather in Las Vegas on Saturday, August 26.