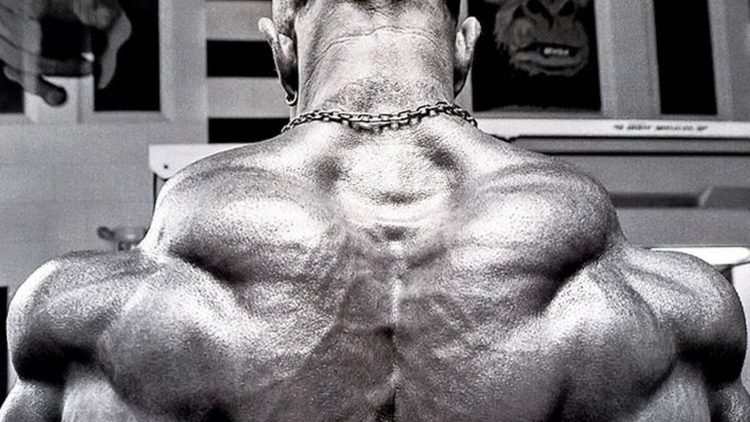 A wise man once said that the traps make the man. Given that your traps are one of the largest muscles on your back and which can also scream power like no other feature on the upper body, you should aim at developing them as much as possible. The upper portion of the trapezius influences the overall roundness to a physiques frame, while the middle and lower portions contribute to back thickness. And if you’re serious about making your back stand out from the crowd, you want both width and thickness. 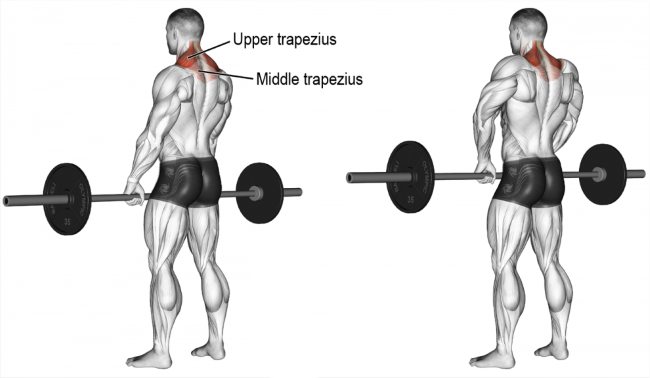 With an overhand grip, hold a barbell in front of your thighs. Your hands and your feet should be spaced about shoulder-width apart, and your knees should be slightly bent. While keeping your arms straight, lift your shoulders up toward your ears as high as possible. Hold the contraction for a second before lowering the bar back to the start.

With an overhand grip, hold a barbell behind your thighs. Your hands and your feet should be spaced about shoulder-width apart with your knees slightly bent. While keeping your arms straight, lift your shoulders up toward your ears as high as possible. Focus on pulling the bar up and slightly behind you. Hold the contraction for a second before lowering the bar back to the start.

Due to the position of the bar, these two types of shrugs hit the traps a little differently. It’s critical to remember that the traps are a diamond-shaped muscle group that has an upper, a middle and a lower portion. The upper traps are seen from the front and are responsible for raising the shoulders up. The middle traps are seen from the back, and they pull the shoulder blades together.

Both versions of the barbell shrug are effective for building the traps, as they both hit them from a slightly different angle, which builds different muscle fibers.

For balanced traps developed from all angles, including both versions in your trap-training program. To build bigger/higher upper traps, the barbell shrug to the front is the winner. To build thicker traps and to hit the middle portion of them, the behind-the-back barbell shrug is a better choice.

Whether you’re following the push/pull/legs workout or doing any other kind of training split, it’s usually best to do the...

All business at the gym, Dwayne "The Rock" Johnson is known to push his body to extremes in order to...

Barbells come in all shapes and sizes, but Olympic barbells should all be identical. That’s important because, in competition, standardization...

What do Brock Lesnar, Batista, and Goldberg have in common? Other than the fact that all three have been WWE...

A big yoke is a cherry on top of a great physique that you'll see on strength athletes, bodybuilders, and movie...