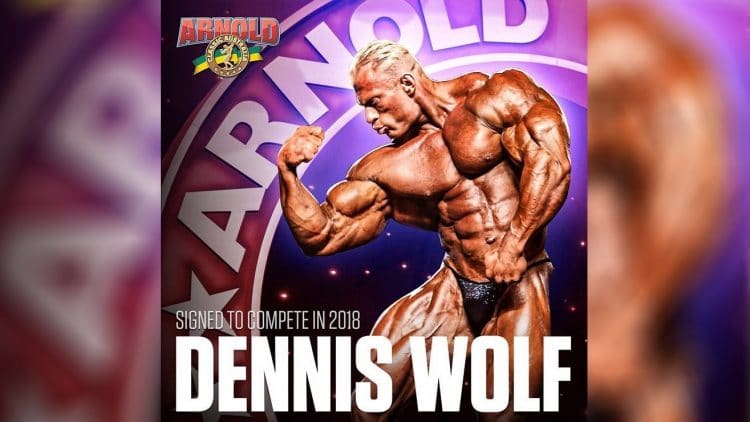 After undergoing surgery on his neck, Dennis Wolf has been on the sidelines unable to do necessary training. It was a major blow as the Wolf went from being top five to completely out of the rankings altogether.

As we reported previously Dennis Wolf has been training hard in the gym in hopes of making a comeback in 2018 after taking a long break. Wolf has been making some incredible gains and looked as he will be back to his best very soon.

In May, Wolf announced his comeback via his social media, that he is planning to step on the stage at the 2018 Arnold Classic USA, and today Wolf has also confirmed that he will be competing at the Arnold Classic Australia as well.

We hope to see him make it back to the Olympia stage in 2018.

Michal Krizo's campaign for 2022 Mr. Olympia will continue this weekend. Before taking his talents to the 2022 EVLS Prague...

Retired German IFBB Pro bodybuilder Dennis Wolf made huge waves during his time competing with breathtaking size and a bulletproof...

Retired IFBB Pro Dennis Wolf has led a successful career in the sport, having competed on some of bodybuilding's finest...